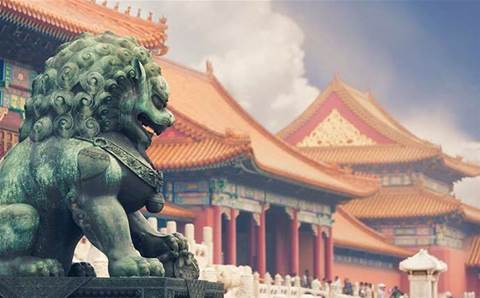 Straight-out censorship is pretty chilling, but a very blunt instrument. According to a fascinating new study from three Harvard University political scholars, the modern Chinese state has more subtle methods to reframe the debate and neuter political dissent.

The researchers believe that full-on obvious censorship is counter-intuitive, arguing that one of the benefits of planting social media posts is that it allows "the government to actively control opinion without have to censor as much as they might otherwise".

The researchers began by examining leaked 2013 and 2014 archives from the Internet Propaganda Office of Zhanggong – a district of China with a population of around 550,000.

Using the leak, the researchers were able to both cross-check names to social media profiles, and use machine learning to identify other planted posts around the country. The conclusion? The Chinese government would plant an astonishing 488 million social media posts every year.

Unlike your standard Western trolling match, the government cheerleaders would actively avoid debate and instead try to distract from controversial topics in an impressively coordinated manner. For example, following 2013 riots in Xinjiang, the researchers found 1,100 posts discussing President Xi Jinping's “Chinese Dream” propaganda campaign and other discussions about local economic developments.

“In retrospect, this makes a lot of sense,” lead researcher Gary King told Bloomberg. “Stopping an argument is best done by distraction and changing the subject rather than more argument.”

This distraction generally takes the form of patriotic cheerleading – with special pride saved for the nation's revolutionary history. Sample posts range from the verbosely jingoistic (“Many revolutionary martyrs fought bravely to create the blessed life we have today! Respect to these heroes”) to the somewhat more simplistic (“I love China”).

Conventional wisdom in the country was that this astroturfing (so called because it's a fake addition to grassroots discussion) was done by citizens paid off by the government. They are pejoratively nicknamed the 'Fifty Cent Party', not because of an affinity for the works of Curtis Jackson, but because they were rumoured to be paid 50 Chinese cents for each social media post. This, it turns out, is not the case, and the researchers found that nearly every one was written by government workers, with posts traced to government courts, HR departments and tax offices.

Roughly half of the posts appeared on government websites, with the rest slipped across social media, meaning that around one in 178 posts on Chinese social media is fake propaganda. By studying the content of the messages, the researchers were able to infer some rules of engagement for the propaganda machine:
1) Don't engage with anything too controversial.
2) Distract from anything that seems to be leading to planned protests or collective action.
3) Allow some dissent: not only does complete censorship just bottle-up anger, but this allows the government keep an eye on the popularity of local leaders.

On one hand, this kind of government spying seems relatively benign – at least when you consider the alternative – but on the other, distracting from dissent rather than eliminating it almost feels more chilling.

However you feel about it, it's pretty clear that China recognises the enormous power of social media, possibly wary of its part in the Arab Spring back in 2011. As the researchers conclude, “The main threat perceived by the Chinese regime in the modern era is not military attacks from foreign enemies but rather uprisings from their own people.”