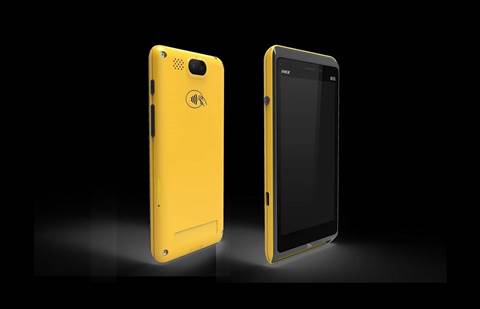 PAX offers Android-powered point of sale and payment hardware. Some models of the latter devices resemble an Android phone.

The company's entry into the Australian market is a big move on two fronts.

Firstly, it natively accept payments from giants Ali Pay and WeChat, allowing local merchants to a payments ecosystem that costs less than those from Mastercard or Visa.

Secondly, its smartphone-like hardware is markedly different to comparable products on the market, creating the always-valuable opportunity for channel players to counsel customers about new opportunities - or usher customers into electronic payments with mobile devices.

The Asian market, with considerable support from within China, has also sought to build out a payment technology ecosystem that leapfrogs electronic card payments and terminals and instead uses smartphones for payments.

Banks in Australia have found their reliance on proprietary US vendor-based systems – think IBM, NCR etc – has made accommodating alternative payments difficult on terminal hardware that is often sweated until it dies because merchants must pay for upgrades.

A big difference between Ali Pay and WeChat payments is that more often than not they will use a QR code or other transactional enabler that negates the need for proprietary chip technology.

The problem for Australian merchants and their banks is that a lot of their current terminals don’t offer native QR functionality locking them out of a rapidly growing market – which is why PAX has entered the market.

“The payments landscape is evolving quickly both internationally and in Australia,” PAX chief executive Jack Lu.

He has a point. CRN understands that Square has sold around 300,000 terminals in Australia, signaling an appetite for payment innovations.

Banks are also increasingly looking to offload or outsource their terminal fleets thanks to shrinking margins and competition, especially with open banking around the corner.

Institutions also face issues rolling out Android devices because they have for decades supported older proprietary technology that works for the bank, but is harder for merchants to integrate with their back-end software.

Android’s open source base fixes a lot of those problems, so terminals that can accept traditional card payments – including tap payments – as well as Ali Pay and WeChat are essentially a no-brainer for merchants with a high Asian customer base.

Lovell added PAX was now in discussions with banks around reselling the device but would not name names.

However it is widely expected the CBA will be the first mover to offer a lower cost alternative to its Albert offering to lure in new merchant accounts.

“We’re having lots of conversations,” Lovell said, adding that the company was very open to doing business in the value added reseller channel, which if Google’s ecosystem is included, is very big.

Lovell also confirmed PAX would come in hard on price as part of its local market entry.

Cloud application revenue made easy
By Julian Bajkowski
Dec 16 2019
8:38AM