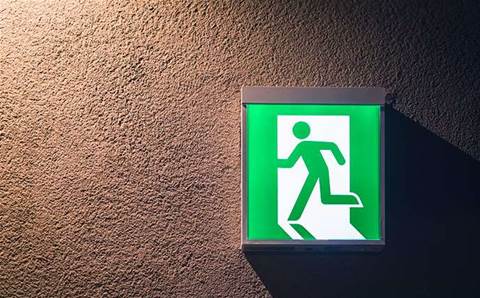 One of the former leaders of Southern Cross Computer Systems, Chris Palmer, has parted ways with the company amid speculation of significant upheaval at the Melbourne reseller.

Palmer confirmed his departure to CRN, though could not be drawn on details of his exit.

He joined the company in 2000 as the senior business development manager. In 2007 he became a SCCS company director and later executive director. Palmer was responsible for overseeing the partnerships that formed the SCCS solutions portfolio and supporting and fostering the sales effort Australia-wide.

In August 2016, a consortium led by John Hanna acquired a majority stake of Melbourne-headquartered SCCS, with Hanna becoming the company's managing director. A press release to announce the acquisition said the company had more than 100 staff and close to 200 customers.

Prior to the acquisition, Hanna helped to build the managed services arm of IT provider Interactive, a Melbourne-based business that turned over $158.7 million in the 2016 financial year. Hanna was the director of Interactive's business solutions group from 2010 to 2016. Prior to that, he was a delivery executive at IBM.

Palmer and SCCS's former managing director, Mark Kalmus, had remained as minority shareholders of Southern Cross Computer Systems, and continued in the roles of director alliances and director business operations, respectively, according to a media release at the time.

Documents lodged with corporate regulator ASIC show that both have since ceased as company directors, Palmer in November and Kalmus in December.

Kalmus, who has been with the company since 1996, did not respond to CRN's enquiries.

CRN understands there has been significant upheaval since the acquisition, with sources reporting that potentially dozens of staff had left the business. The company's management did not respond to multiple enquiries by CRN.

A veteran Australian reseller, SCCS was established more than 30 years ago. According to the most recently available annual report for the 2015 financial year, Southern Cross posted a $70 million revenue with a $486,000 profit. In the previous year the company had posted a loss of $1.8 million.

Eliminating departmental friction within MSPs
By Samira Sarraf
Mar 2 2017
6:45AM