Chromebook sales will triple in next three years 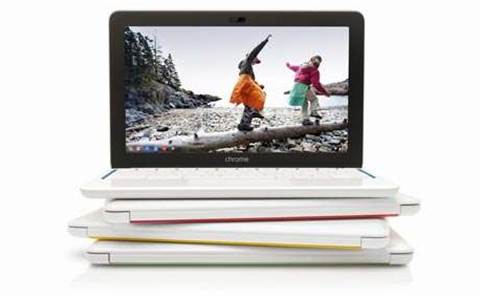 "Samsung was the dominant vendor of Chromebooks in 2013, with 64.9 percent share of the global market," said a Gartner spokesperson. The share translates to 1.7 million units.

The current demand is driven mainly by the education sector, with 85 percent of the 2013 units going to that industry.  The report reasons that this leaves the business sector as an untapped market that could trigger the rise of Chromebooks in the coming years.

[Vox pop: Are Chromebooks ready for the enterprise?]

"So far, businesses have looked at Chromebooks, but not bought many," said report author Isabelle Durand, principal analyst at Gartner.

"By adopting Chromebooks and cloud computing, businesses can benefit. They can shift their focus from managing devices to managing something much more important — their data."

A statement from Gartner said that specific users in areas such as "banking, financial services, [real] estate agents and hotel receptionists" could benefit from adopting Chromebooks. 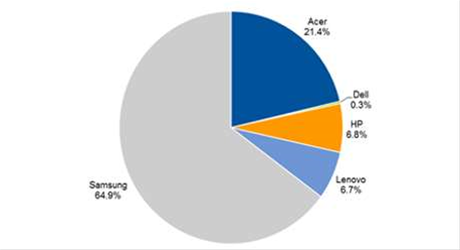 "Making a competitive Chromebook is not just a matter of hardware and price. What is most important is to show is how the device's cloud-based architecture provides genuine advantages to users," said Durand.

"Now that the PC market is no longer growing strongly, vendors are searching for new business opportunities. They launched Chromebooks to revive interest in sub-$300 portable PCs once the netbook bubble had burst."