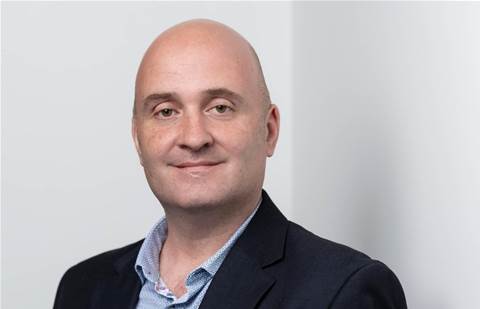 Cirrus Communications is not related to Perth-based MSP Cirrus Networks.

Backed by large investments from the likes of Andrew (Twiggy) Forest, James Spenceley and Tony Grist, the telco has ambitious targets for growth in the short and medium term.

“Tony Grist and I are both excited about the journey ahead and building a larger national business from the excellent base that Cirrus has built over the years,” Spenceley said in a statement.

“The rebrand is the first step in a new plan to market, exciting plans and new services for the business. In an industry that has been recently dominated by NBN, it is great to bring a disruptive service and culture to the telco space again.” said Spenceley.

As part of the new strategy, the company has appointed former Superloop and Vocus executive, Alex West to head the new entity, which the company said will allow its previous CEO and co-founder Eric Heyde to focus on the technical side as CTO.

West has worked with the core group of Swoop employees for close to 15 years and told CRN these relationships are strong and lay an important foundation for the future of the company.

“The opportunity to work with some very smart people again is definitely attractive but also the size of the company,” said West.

“What I have found in my career is that once companies get to a certain size, impacting and affecting change to achieve goals in terms of customer satisfaction and doing the right thing. It becomes a lot harder when there are 3000 people.”

“Working for a company which has roughly 40 people today and growing it from there is a very attractive option.”

This is West’s first role as CEO having previously held senior management roles at Superloop, Vocus and Pipe Networks.

The company plays in a market now dominated by NBN Co but West said that despite the reach of the infrastructure giant, there were considerable gaps in the market which the newly re-branded company was well-placed to exploit.

“There are areas which are just not served well by larger companies,” he explained.

“That market is massive, there are so many small to medium enterprises in Australia trying to get a decent internet service.

The company still controls a national network of close to 200 sites where it runs fixed wireless services from which includes most parts of Sydney, Brisbane, Melbourne, Adelaide and Perth as well as pockets on the NSW central coast, Newcastle and Wollongong.

West stressed that the company was also strongly committed to serving and expanding its partner channel.

“We [Swoop’s executive team] have all come in and are talking to our partners about how we can help them sell more of the product and how we can improve the product to make their offerings more attractive to the end user,” he said.

“We have a product which is as good as fixed line in the areas we are in. It is about offering that comparable product to sell with so that you have a backup service, what we are doing is making the feel for the carriers the same or better than what they have.”

“We are improving the quality of the existing network so you don’t get issues with service delivery and service operation,” he said.