Cirrus Networks acquires Canberra's Correct Communications for up to $5 million 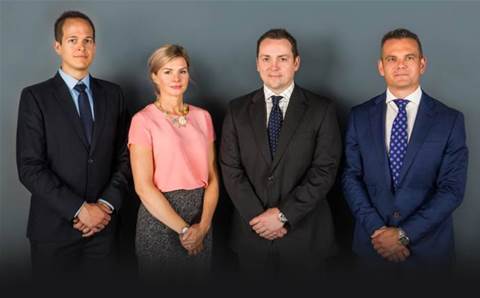 Perth's Cirrus Networks has announced its second major acquisition of the year with Canberra systems integrator Correct Communications for up to $5 million.

The latest acquisition follows up the deal in March to acquire Melbourne's NGage Technology Group for $2.5 million. The addition of Correct brings together three high-achieving CRN Fast50 companies across three corners of Australia; Correct placed No.5 in last year's Fast50 after nearly tripling revenue to reach $9.7 million in 2016; NGage has appeared every year since its first entry four years ago as the 2013 winner; and Cirrus itself came in at No.3 in the 2015.

The Correct acquisition will be paid out in two separate tranches. The first tranche consists of $1.5 million in cash plus $500,000 in Cirrus shares, and the second tranche will be based on Correct's FY18 performance for a maximum of $3 million, with the first $1 million in cash.

The price tag represents a multiple of 3.92 times Correct's FY18 earnings. The company reported EBIT of $676,000 in FY17 and unaudited revenue of $11.5 million, along with doubling its services revenue every year for the last two years.

Another bonus for Correct will be the addition of government panel status with Cirrus, which Weir has been vocal about in the past, saying procurement panels had been a roadblock in winning more government contracts in Canberra.

"This is an exciting phase in the short successful history of Correct Comms," said Weir.

"Being part of the Cirrus Group will significantly increase our addressable market with government panel access and Cisco Gold accreditation while providing a platform for new and innovative solutions across the services and managed services markets. Being recognised for our customer focus and technical excellence, this provides further opportunity for our high quality staff and loyal clients."

Weir told CRN last month that Correct was looking to establish itself as a data centre player in Canberra after spending the past year with an internal focus on sorting out its back office, including hiring new sales staff and introducing a managerial chain.

Cirrus managing director Matt Sullivan said the acquisition would speed up the company's growth in Canberra and address a number of strategic focus areas in the territory.

"The excellent standing of Correct Comms as a leading service provider will complement our panel status as well as our Cisco Gold and managed services offering. We are excited at the opportunities this present for clients, staff and shareholders and are delighted to welcome Andrew and the high quality Correct Comms staff to the Cirrus Group," he said.

The acquisition is expected to be finalised within the next 30 days.

Cirrus more than doubled its revenue in the 2017 financial year to hit $53.9 million, its fourth consecutive reporting period of growth.