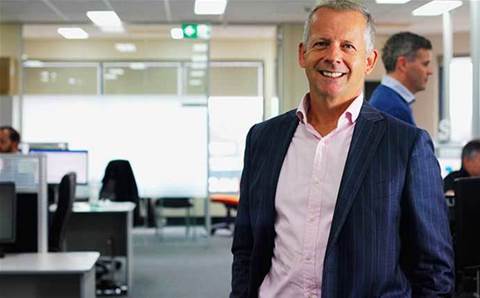 Frank Richmond, the founder of Perth-based IT solution provider Cirrus Networks, is stepping down as executive director after steering the company toward $40 million revenue and an ASX listing.

Richmond, who will transition to a non-executive director role in July, will return to the UK, where he will look to replicate the successful Cirrus model in his homeland.

The company will continue to be run by chief executive Matt Sullivan, the co-founder of L7 Solutions who was appointed Cirrus managing director in 2016.

Sullivan said: "Cirrus has achieved much thanks to Frank’s vision, entrepreneurial skill, hard work and dedication to the organisation, the staff and the customers.

"He leaves a wonderful legacy and the organisation in great shape to build on the next phase of growth. We are delighted to retain his expertise and leadership in the non-executive director role.”

The changes came as Cirrus told shareholders it was on track to break through $40 million of revenue less than five years after it was established. Richmond took the company public via a reverse takeover in 2015.

Performance is being helped by $4 million of new orders from NGage Technology Group, the company Cirrus acquired in March 2017. NGage has recently secured two small managed service annuity contracts thanks to the "infrastructure and expertise Cirrus has in place", the company reported.