Cirrus Networks spends $100,000 for remains of Canberra's Dataflex from VTS IT 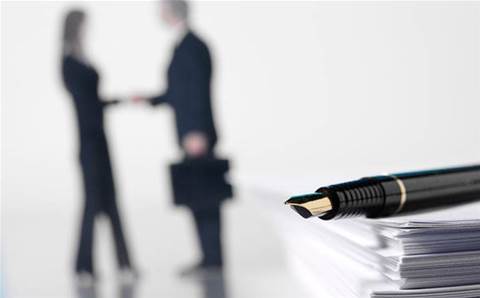 Cirrus Networks has spent $95,000 to acquire the assets of VTS Canberra – once part of veteran ACT reseller Dataflex – to secure a position on supplier panels for "several" Australian government bodies.

Frank Richmond, founder of publicly listed Cirrus Networks, said the deal would open up new opportunities for the Perth-headquartered company in the nation's capital. "Using our panel status we can now offer our comprehensive cost-effective IT solutions to this new market and show-case our scalable and flexible managed and cloud service products."

Its the first deal since Richmond moved into the executive director role to focus on acquisitions. Last December, Cirrus acquired L7 Solutions from owner Vocus Communications for $500,000 – a steal given that L7 had been sold to Amcom for $15 million five years earlier.

Cirrus moved into the Canberra market in May 2016, its first office outside Western Australia.

Dataflex was a veteran federal government IT supplier that had 25 staff when it collapsed after 27 years in business, leaving more than $10 million in debts to trade creditors and employees. VTS IT acquired its assets for an undisclosed sum in April 2014.

The Canberra sale by VTS comes after the company consolidated its six companies into one in February 2016, according a company spokesperson. He told CRN that all staff had now been transferred to the new entity and was now ready to close down the entities.

VTS IT is based on Aquatic Drive in the Sydney suburb of Frenchs Forest.

The company now known as Aquatic No.4 faced a winding-up order from the ATO on 18 October, changed its name from VTS IT on 15 November then appointed Bruce Gleeson of Jones Partners as voluntary administrator on 23 November with a debt to the ATO of just over $960,000.

The minutes from the creditors meeting include a letter sent by VTS IT director Glenn Kennedy to administrators outlining some of the challenges facing the company.

"Trading operations immediately prior to that time [of the administrators' appointment] had been significantly and adversely affected by an unsuccessful geographic expansion of operations beyond the Sydney and South East Queensland markets where the company, through the trusts, had historically conducted business."

In October 2013, VTS IT had acquired Queensland-based regional provider Downs MicroSystems in a move to expand the company's presence in the region.

Kennedy's letter also said "significant funds" had been provided to repay creditors outstanding at the time the company stopped trading.

Administrators at Jones Partners did not return CRN's calls.