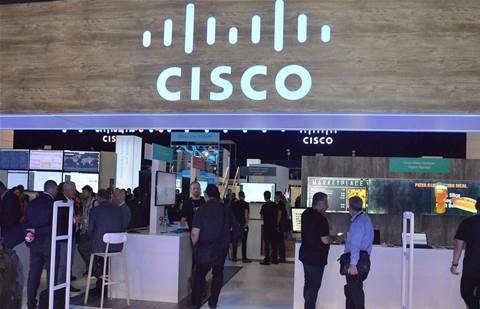 Cisco has kicked off its 2018 Cisco Live conference in Melbourne with predictions of the future, a major education investment, reaffirmation of its Commonwealth Games partnership with Optus, and welcoming its new regional president.

Cisco Australia and New Zealand managing director Ken Boal took to the stage on Wednesday morning to welcome more than 7000 partners and customers to the conference’s 25th year.

Describing Cisco’s investment in technology innovation in Australia, Boal revealed the vendor had pledged to invest $7.5 million in new university programs. The funding will be rolled out in equal instalments over three years.

Cisco will work through universities to identify projects with relevance to developing practical technology solutions for key industries in the public and private sector.

One such investment has gone out to Flinders University, a project that Cisco’s director of corporate and government affairs, Tim Fawcett, touched on during a separate conversation.

“We’re working on a, lets call it, hospital-grade wi-fi project,” he said. “We funded a chair of digital health, and research with our funding is helping to support research in something which we are interested in as a business, but which is also a significant development in the operation of IoT applications in an acute care facility.”

In his keynote, Boal said Cisco was also continuing to partner with local TAFE campuses for cybersecurity training through its networking academy and said there were 21,000 active students today in the region.

“We’re co-designing new curriculums, especially in cybersecurity, in next-generation networks and the internet of things, our networking academy is growing, there's an updated curriculum with 21,000 students active today across ANZ and the Pacific islands

During his keynote, Boal also reaffirmed Cisco’s $12 million, three-year joint investment with Optus toward “helping businesses thrive in the digital era”. The two companies’  Commonwealth Games partnership was also addressed, highlighting the 426km of fibre being laid to transform the Gold Coast in preparation.

Rowan Trollope, senior vice president global manager for IoT solutions, then led the keynote through several technology outlooks toward the year 2050, including the first drone taxi launching in Dubai in 2022, the replacement of smartphones by augmented reality devices by 2025, text messaging performed by brainwaves by 2028, 1TB network connections being commonplace by 2034, the cure for Alzheimer's being discovered by 2036 and AI overtaking human intelligence by 2045.

Trollope said Cisco’s security strategy is focused on building security into the foundation of networks and technology, rather than seeing it managed as an additional layer.

Foundational security, as Trollope referred to the notion, also requires the reinvention of the network, also on Cisco’s agenda given the broadening demand for high-speed networks, the needs of IoT, bandwidth requirements of new technologies.

Cisco has collected data suggesting 95 percent of organisations investing in or looking to invest in cloud wanted to work with multiple vendors, as well as both on-premises and off-premises clouds, an opportunity it sees to manage connectivity across.

Trollope rounded out his presentation with demos of Ciscos' new DNA Centre network management system as well as network mapping and visualisation tools.

The journalist attended Cisco Live as a guest of Cisco.