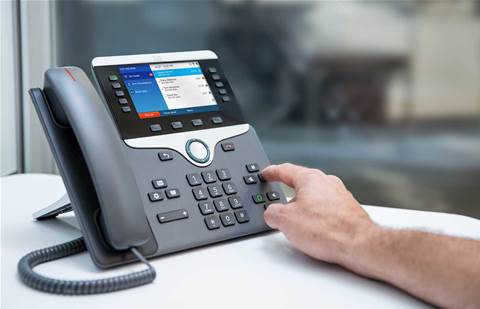 Cisco has launched its online sales store in Australia, offering small and medium businesses the ability to buy directly from the vendor’s website, with orders to be fulfilled by the networking giant's channel partners.

The items are presented as an online catalogue, similar to that of an online retailer, and can be bought individually or in specialised bundles. Once a user selects an item for purchase they are prompted to select a service plan, with options including basic and advanced onsite installation, Cisco SmartNet and premium support.

A buyer is then offered a select set of reseller partners with a final price attached for each. CRN found some of the partners associated with the online store included Gcomm, Partner Wholesale Networks, JB Hi-Fi Solution, Kytec, Computer Merchants, UComm Group and R1i Services.

Though Cisco declined to comment when contacted by CRN for more information, Australian vice president Ken Boal spoke on the vendor’s upcoming direct digital procurement platform during a press meeting at Cisco Live in Melbourne in March this year.

The portal serves as part of Cisco’s strategy to be more competitive in the small business market.

“At the moment we’re not that competitive in the sub-five-to-10 [user] range. We’re probably picking up from the plus-10, plus-20 user organisations, but we’ve got our eyes set on the even broader mass market,” Boal said at the time. “We’re not proposing to be launching a direct Cisco procurement model, our partners will be a part of it.

“What we’ve never had is if [a customer] wants to buy a Cisco network, on Cisco, online; it’s really hard to do. There’s no platform online. And in a B2B space, and the age of 2018, we reckon it’s probably something the market should be able to cope with.”

Boal said Cisco Start was a global initiative but that Australia would be at the front end of the rollout. CRN understands the vendor will make further announcements regarding Start in the near future.