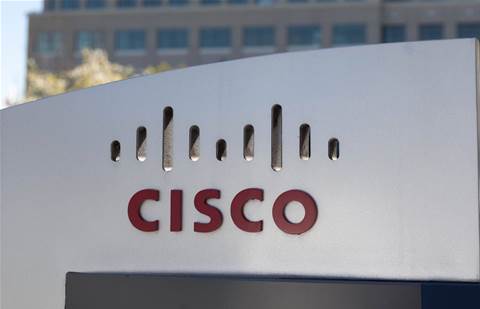 Cisco CEO Chuck Robbins told investors on Wednesday that US tariffs on Chinese imports are having a “very limited impact” so far as the networking giant reported rising revenue of US$12.96 billion for its most recent quarter.

"We see very limited impact at this point," Robbins said during the company's Q3 2019 earnings call on Wednesday evening. "We are executing the best we can on the things that we can control." Cisco, has also been busy optimizing its supply chain and making pricing adjustments, said Robbins.

Robbins’ comments come five days after the Trump administration announced it had raised tariffs from 10 percent to 25 percent on US$200 billion in Chinese goods.

Cisco said its product revenue jumped up 7 percent to US$9.72 billion from US$9.30 billion a year ago, and service revenue rose 3 percent to US$3.24 billion from US$3.16 billion during Q3 2018. Cisco has publicly committed to growing its software sales to account for 30 percent of its business over the next three years. The tech giant is proud of its progress its making in driving the shift to more software and subscriptions, said Kelly Kramer, Cisco's executive vice president and CFO.

Services revenues, Kramer said, are being driven by strength in software. "We continue to transform our business, delivering more software offerings and driving more subscriptions. Software subscriptions were 65 percent of total software revenue, which was up 9 points year-over year," she said.

The Security and Infrastructure Platforms segments continued to shine brightly during Q3 2019. Security rose 21 percent to US$707 million, up from US$676 million, and Infrastructure, which includes the core switching and routing businesses as well as wireless and data center products, increased 5 percent during the quarter to US$7.55 billion.

Robbins said that several years ago he had "debated" with the security team regarding where it was making investments, but that the double-digit growth in the security space proves that the team was right. Cisco's architectural approach to security - having a platform that can ingest threat information across a variety of sources, rather than a best of breed approach with technologies that don't necessarily communicate with one another - is the way to go in the security space, he said.

"It’s a good, solid business for us for a really long time," Robbins said.

The company's Applications business segment, which includes AppDynamics and the company's video conferencing and collaboration portfolio, also climbed 9 percent to US$1.43 billion in revenue.

Cisco has been bolstering both its applications and security divisions via acquisitions, including its purchases of Duo Security and privately-held Luxtera Inc, a semiconductor company.

During Cisco's third quarter, the company closed the acquisitions of Luxtera, as well as Singularity Networks, a privately held network infrastructure analytics company.

Eliminating departmental friction within MSPs
By Gina Narcisi
May 20 2019
6:45AM