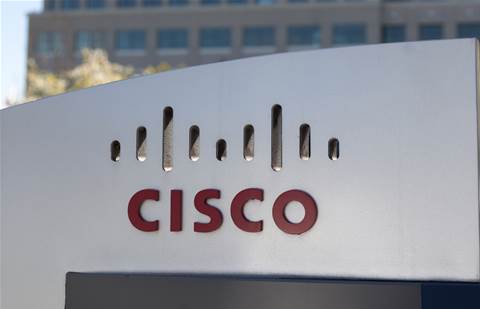 Cisco Systems is combining the simplicity that its Meraki brand offers with the power of its flagship Catalyst portfolio of campus switches and wireless controllers and access points.

That means that customers investing in the popular Cisco Catalyst portfolio can choose between either Cisco DNA Center or the Meraki dashboard for cloud-based network management, said Gregory Dorai, vice president of product, Secure Access portfolio for Cisco. “It’s your cloud, your way,” he told CRN US. “Our goal is to get everyone on a modern management system.”

“I’m over the moon,” Nightingale told attendees on Tuesday. ”Catalyst technology is undeniably the most powerful campus networking equipment in the world and the fastest-ramping product Cisco has ever had. Meraki is undeniably the simplest cloud management platform, the highest adopted and deployed on the market. Bringing these two things together. Power and simplicity without compromise; I truly believe that can change how IT is managed … it can change the industry.”

Nightingale called Catalyst support on the Meraki platform “a long time coming.” He said that no longer will IT teams have to choose between buying Meraki or Catalyst hardware. The innovation works with the hardware a customer may already have and with a license they already purchased, he added.

Partners are managing many different IT environments, including premise-based networks that are moving to a hybrid cloud model little by little and greenfield environments that are ready to entirely move to the cloud, Cisco’s Dorai said.

“I think it’s important to have a skin that manages all these,” he said. “I think here’s some unique services the partner can roll out by using APIs from Cisco DNA Center and Meraki that form this bridge. I think there will be opportunities for partners to make this journey a lot easier and the process be more software-driven by having API’s that work on multi-vendor environments, staring with Cisco DNA Center and Meraki.

Cisco is making the conversion capability available in three different ways for customers. The first, said Dorai, is through common hardware. Instead of a customer having to choose between Meraki or Catalyst devices, the company is introducing universal hardware that will allow customers to choose which management platform is right for them -- Cisco DNA Center, the traditional Catalyst management platform for premise-based deployments, or the Meraki dashboard for customers that are further down the cloud path, he said.

It’s the perfect approach for customers that want to adopt a cloud management persona right away, and for those that are taking their time moving to a cloud-based management approach to their networks and don’t want to be locked-in, Dorai said.

The second option is for customers that perhaps aren’t ready to move fully to a cloud or Meraki-like management environment but want to experience the cloud. These customers can use Meraki strictly for cloud monitoring. “You can continue to have your on-prem experience with a taste of the cloud for troubleshooting and visibility,” Dorai said. This option will start with Catalyst switching products and will include Meraki for cloud monitoring on Catalyst access points next year.

The third way is for customers to buy the new hardware as they go -- like the Wi-Fi 6E access points that have the conversion capability -- while keeping their existing network hardware. “We’re committed to everything being fully convertible, so any new hardware you buy, you don’t need to necessarily worry about it going to the cloud.”

The options give customers investment protection, Dorai said. “We’re saying: ‘Buy Catalyst with confidence. That hardware will be branded Catalyst, but you can choose to go to the cloud or on-premises.’”

“Feature parity will bring complexity. The Meraki experience is about simplicity and really an end-to-end experience that is sort of delightful. We will be very thoughtful. Our goal is use case parity,” he said. “Over time, both DNA Center and Meraki will have parity for the most important use cases.”