Cisco CEO on layoffs: 'an unfortunate step we needed to take' 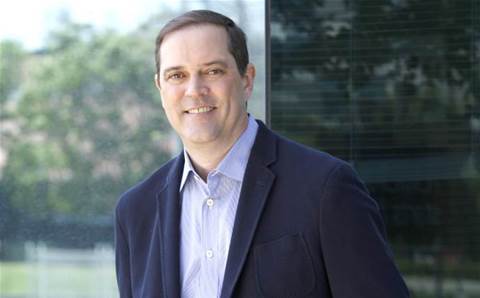 After reporting solid sales and net income growth for its first fiscal quarter, Cisco CEO Chuck Robbins said the recent round of layoffs at the networking giant are needed as the company restructures itself into a software and subscription-centric company.

"First of all, it's not an [operating expenses] reduction [issue]. I've actually taken this issue and talked head-on with our employees about what's going on right now very directly. The majority of this is part of the customer experience transition," said Robbins during Cisco's first quarter earnings call Wednesday night with analysts. "If you look at what we've done relative to our software portfolio and how we're building out these offers for our customers, any great software company has a very successful customer experience organisation."

Cisco laid off at least 460 staff members this month in Milpitas and San Jose, according to a recent report from the Employment Development Department of the state of California. Many of the layoffs were in Cisco's Customer Experience business.

Robbins said Cisco hired Salesforce and Microsoft veteran Maria Martinez earlier this year to create a new strategy for how the company needs to be structured for the future. Martinez joined the company this year with a US$13 million new hire cash bonus and a salary of US$675,000.

Cisco's CEO said the layoffs are "an unfortunate step we needed to take in order to expeditiously get to where we need to be relative to dealing with renewals and the lifecycle that our customers are going to want us to drive with them in this new portfolio. That's really the predominant driver for what's going on right now. I've been very clear with our employees. We've been very open and transparent with them on what's going on."

Looking at Cisco's first fiscal quarter, which ended 27 October, the network leader reported revenue of US$13.1 billion, up 8 percent year over year. Net income for the quarter hit US$3.5 billion, an increase of 48 percent compared to the same period one year ago.

"We are fundamentally changing the network and security industry," said Robbins. "We're building an architecture that is designed to securely connect any user, on any device, on any network, to any application running anywhere. This creates an enormous opportunity for us as we deliver a multi-domain, intent-based networking architecture that drives automation, simplicity and agility to our customers."

One area of concern was Cisco's 9 percent drop year over year to US$16.8 billion in total deferred revenue. Deferred product sales lowered to US$5.8 billion, down 24 percent year over year, while its US$11 billion in deferred service revenue represented a 1 percent increase.

Robbins also spoke about how the new US tariffs on goods made in China are not affecting Cisco sales. Earlier this year, Cisco jacked up the prices on thousands of individual SKUs in response to tariffs, adding a 10-percent pass-through on every SKU manufactured in China.

"The tariffs were immaterial to us in our first quarter. The 10 percent tariffs we implemented with a month to go [in the quarter], we did not see any impact," said Robbins. "I can tell you that from a demand perspective, when we implemented the pricing changes, we saw absolutely no demand change from the week before and week after we did that. … In general, we do not view this as a broad-based issue."

Looking ahead, Cisco projected revenues to increase between 5 percent to 7 percent year over year in its second fiscal quarter.