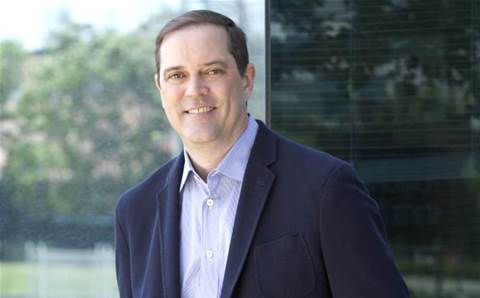 Cisco CEO Chuck Robbins wants the market to know that the tech giant is moving full steam ahead on its mission to transform the company into a software-focused, subscription-first powerhouse.

In the last four months, Cisco has refreshed its entire switching, routing, and wireless portfolio, which now is entirely sold through a subscription model, Robbins said during the company's Q4 2019 earnings call today.

"I would say we are in the second inning [of nine - Ed] in this transformation with our customers. They are all rearchitecting their entire infrastructure to accommodate these traffic flows that are being presented from the massive number of cloud applications they are running," he said. "That requires a completely different infrastructure, which is what this portfolio is built for."

Cisco's business in China, however, took a hit during the company's last fiscal quarter of the year.

“We did see in July some slight early indications of some macro shifts that we didn’t see in the prior quarter,” Robbins said, noting a “significant impact" because of the U.S.-China trade war. Cisco’s revenue in China was down 25 percent on an annualised basis in the quarter, Cisco CFO Kelly Kramer said during the call.

“What we’ve seen is in the state on enterprises ... we’re just being uninvited to bid,” Robbins said. “We’re not being allowed to even participate anymore.”

The company for the past two quarters had said that it felt "very limited" ill effects from Chinese tariffs and the ongoing trade war.

The networking giant's security segment continued to post double-digit growth during Q4 2019. Security rose 14 percent in the quarter to $714 million. For the year, security grew 16 percent to $2.73 billion. Robbins said the security segment is getting a lift from Cisco's subscription-based security services in particular.

Cisco's Infrastructure segment, which includes the core switching and routing businesses as well as wireless and data centre products, increased 6 percent during the quarter to $7.87 billion. The segment's revenues hit $30.19 billion during the year, climbing 7 percent when compared to 2018.

Robbins said Cisco is seeing strong growth in the infrastructure segment, led by its next-generation enterprise networking solutions that have recently been injected with AI and machine-learning.

"Our technology is fundamentally redefining IT architecture to help our customers manage the complexities of a multi-cloud world and transform for the future," he said.

The company's Applications business segment, which includes AppDynamics and the company's video conferencing and collaboration portfolio, climbed up 11 percent to $1.48 billion in revenue in Q4. The segment jumped up 15 percent during the year to $5.80 billion.

Cisco's vision for cognitive collaboration is paying off, Robbins said. "We're leading the market in integrating AI into our collaboration portfolio, bringing in intelligence and context to help customers work smarter," he said.

Robbins did not comment on Wednesday's news that Cisco has laid off more than 480 employees at some US offices, which marked the second round of major layoffs for the company within the last year.

Grabbing the hybrid cloud opportunity with Lenovo and Azure Services
By Gina Narcisi
Aug 15 2019
10:28AM