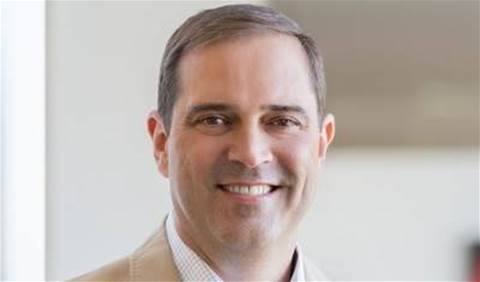 Cisco Systems customers and partners were under enormous pressure as they transitioned entire teams to a remote working environment. That's why security and collaboration have become even more strategic as businesses all over the globe move to remote working and demand remote access solutions, according to Cisco CEO Chuck Robbins.

Robbins called the COVID-19 coronavirus pandemic the "greatest financial crisis of our lifetime."

"I want to call out our security, Webex, and supply chain teams, along with our partners and suppliers, who have been working around the clock to ensure we are doing everything we can to make sure we are keeping organizations around the world up and running," Robbins said during the tech giant's Q3 2020 earnings call on Wednesday evening.

Cisco counts 95 percent of the world's Fortune 500 businesses as collaboration customers today, Robbins said. The tech giant is now running its Webex platform at three times capacity that it had before the pandemic in February to manage the dramatic increase in user growth. Robbins said the platform had well over 500 million meeting participants generating 25 billion meeting minutes in April, more than triple the volume the platform saw in February.

Cisco at the beginning of March expanded the capabilities on its free Webex offer in all countries where it is available. The new Webex features include unlimited usage or no time restrictions and support for up to 100 participants. Cisco also provided free 90-day licenses to businesses that were not Webex customers through its sales team and Cisco partners.

"Our number one priority was getting customers up and running," Robbins said. "We have enterprise customers many of whom had licenses who now need more … and we had a number of new customers who deployed Webex for the first time during the 90-day trial." These customers, Robbins said, represent big selling opportunities moving forward.

The company's Applications business segment, however, which includes AppDynamics and the company's video conferencing and collaboration portfolio, declined 5 percent to US$1.36 billion in revenue in Q3, which Kelly Kramer, Cisco's executive vice president and CFO, attributed to revenue declines in endpoints, or IP deskphone sales, offset by videoconferencing growth.

Robbins said that the resiliency that Cisco is building into its business model is paying off during these uncertain financial times. Cisco's Q3 2020 software subscriptions now account for 74 percent of its total software revenue versus 65 percent a year ago, Robbins told CRN at the time.

Longer decision-making cycles for businesses, macro uncertainties, and unique geographical issues plagued Cisco during its second fiscal quarter, which ended Jan. 31. But Cisco CEO Chuck Robbins expected enterprise sales to pick up as the year progressed and as macro issues, such as Brexit's completion and U.S.-China trade relations improved. COVID-19, however, turned the most recent financial quarter for many vendors on its ear. In April, Cisco announced its Business Resiliency Program, which is extending US$2.5 billion in financing to help businesses invest in the IT solutions they need to keep their businesses running and productive during these unprecedented financial times, Cisco said.

The COVID-19 pandemic will serve as a "wake-up call" for many businesses that will be re-prioritizing IT projects and making IT investments post-pandemic, Robbins said during the call.

"This will help customers and partners access the technology they need now, invest for recovering, and defer most of the payments until early 2021," Robbins said. "We want to help [customers] make investments at this time. Not only is it the right thing to do, but [customers] will remember afterwards that we were partners to them during their tough time."

Cisco so far has donated US$300 million to date to support both global and local pandemic response efforts. The tech giant has donated personal protective equipment to hospital workers, including N95 masks and face shields 3D-printed by Cisco volunteers around the world, Robbins said. Currently, 95 percent of Cisco's global staff is working from home.

Cisco's Infrastructure segment, which includes the core switching and routing businesses as well as wireless and data center products, saw a double-digit decline of 15 percent during the quarter to US$6.43 billion. Kramer said that the infrastructure segment was the most impacted by supply chain challenges as a result of COVID-19 during the quarter. Switching revenue decline in both campus and data center, and routing declined in both the service provider and enterprise segments, she said.

The San Jose, Calif.-based tech giant during the quarter closed its acquisition of Exablaze, a privately-held advanced network device maker.

For the quarter that ended on March 31, Cisco's revenue declined 8 percent to US$11.98 billion from US$12.96 billion in the year-ago quarter, with earnings per share declining to 79 cents on a non-GAAP basis. Cisco's net income declined by 9 percent to US$2.77 billion during Q3 2020 compared to US$3.04 billion year-over-year.

Cisco's stock declined by 2.94 percent in after-hours trading on Wednesday to US$41.95.

Grow your software revenue by selling these 5 affordable, essential tools for the modern workplace
By Gina Narcisi
May 14 2020
12:43PM