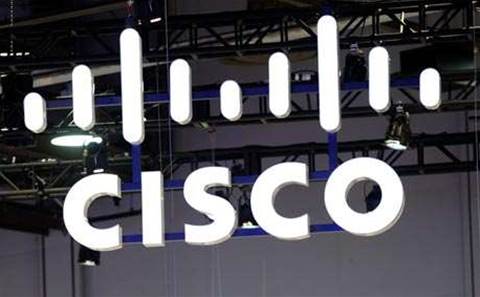 Cisco's Executive Vice President and General Manager of the Collaboration business Amy Chang decided to take time off to spend time with her family, according to a Cisco spokesperson in March. Chang joined Cisco and the firm's executive leadership team when her business intelligence company, Accompany, was acquired by Cisco in 2018 to bolster Cisco's popular Webex platform. Cisco said at the time of her departure that Chang wasn't leaving permanently and that the firm looked forward to her return.

Cisco told CRN on Thursday that Srinivasan has taken on a new role focusing on the firm's work with nonprofit organizations and partners, specifically in Africa and India. He will be the first member of a new group for the company -- the Cisco Community Leadership fellow engagement -- and will help address essential needs for communities overseas, including food and sanitation.

“Our Cisco Collaboration team has built the most trusted platform for remote work, which has become a lifeline for businesses, governments, educators, and frontline workers to stay connected and productive - securely. We’re pleased to announce that Khan has been promoted to senior vice president of Cisco Collaboration and will lead the business going forward.," said a Cisco spokesperson in a statement. “[Khan's] deep experience in enterprise and collaboration are a tremendous asset as we continue to innovate and drive momentum in our business. We thank [Srinivasan] for his leadership and look forward to seeing him continue to make a positive impact on the world working alongside Cisco’s nonprofit partners.”

Cisco confirmed that Chang is still out on leave but will also be returning to a new role within the company.

The San Jose, Calif.-based tech giant in March announced it would be combining its security and applications groups, which includes the collaboration business. In June, Cisco announced the group's leader: former Box executive Jeetu Patel. Both Khan and Srinivasan in his new role will report to Patel when he starts his new role with the company in August, Cisco said.

Cisco's collaboration unit, which includes its Webex videoconferencing solution and rival product to the Zoom platform, has helped anchor the firm since the start of the COVID-19 pandemic that squelched IT spending across the globe.

Cisco CEO Chuck Robbins in May said that the company was running its Webex platform at three times capacity that it had before the pandemic in February to manage the dramatic increase in user growth. The platform had well over 500 million meeting participants generating 25 billion meeting minutes in April, more than triple the volume the platform saw in February, according to the company.

On the other hand, Cisco, unlike some of its competitors such as Zoom, may not have the cloud infrastructure that other cloud-based solutions have in place to scale as quickly as they would have liked, according to one Cisco partner that asked to speak anonymously.

"I'm sure Cisco engineers are being hammered by senior leadership to scale up because Cisco is not a cloud platform core provider," the Cisco partner said.

The executive added that the value of Cisco Webex is being diminished because the collaboration tool still doesn't interoperate seamlessly with other tools that customers have within their environments, like Microsoft Teams.

"I think Cisco and others need to embrace interoperability to help end users cross the chasms," the partner said.