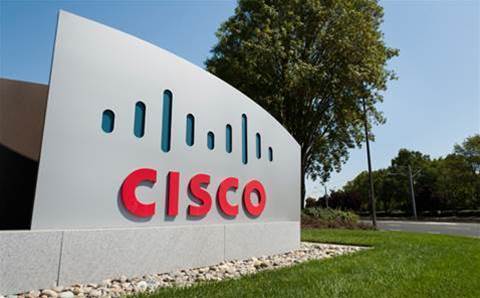 Cisco has completed its acquisition of cloud application and business monitoring provider AppDynamics for US$3.7 billion, a move the networking giant says will make it the only company able to deliver visibility from the infrastructure level to the end user.

"We acquired AppDynamics because they are a market leader in a category that will be a cornerstone for how enterprises drive their business forward," said Cisco's Rowan Trollope, senior vice president and general manager, internet of things and applications, in a statement today.

"Together, AppDynamics and Cisco will be the only company that can deliver complete visibility spanning from the infrastructure to application to end user."

The networking leader announced its plans to acquire AppDynamics in January, just before the vendor was expected to make its IPO debut.

To celebrate the deal, Cisco and AppDynamics executives rang the opening bell at the NASDAQ exchange today.

Rob Salvagno, Cisco's vice president of corporate development, said during a conference call in January that AppDynamics "has the potential to build the next software franchise."

Cisco said combining the two companies will enable it to deliver visibility across the network, data center, security and applications, and drive digital transformation that improves customer experiences.

In its last fiscal quarter as an independent company, AppDynamics saw year-over-year revenue growth of over 50 percent, with approximately 75 percent of last year's product revenue purely subscription-based, according to Cisco.

AppDynamics was named a leader in Gartner's Magic Quadrant for Application Performance Monitoring Suites in 2016. The company has nearly 1250 employees worldwide.

AppDynamics will continue to be led by David Wadhwani as a new software business unit inside of Cisco's IoT and Applications business, and will report to Trollope.

"AppDynamics sits at this intersection monitoring the impact of every line of code on business outcomes," Wadhwani said in a statement. "By joining forces with Cisco, we're able to double down on our vision of helping companies overcome the complexity of modern software so they can deliver exceptional customer experiences and drive better business performance."