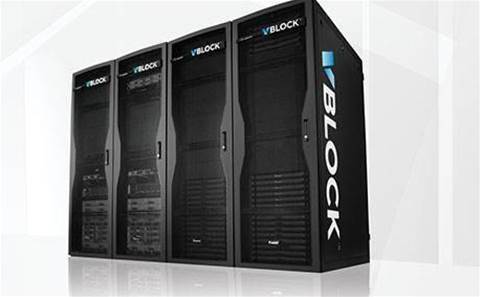 Dell and Cisco have agreed to continue their converged infrastructure alliance with a “multi-year extension of our longstanding systems integrator agreement”.

The partnership kicked off in the year 2009 when VMware, EMC and Cisco created a joint venture called “VCE” and gave the world “converged infrastructure” – pre-configured bundles of UCS servers and networking from Cisco, plus EMC storage, all tied together with VMware software. The resulting products, called “Vblocks” were promoted as faster to deploy than rivals that offered reference architectures and/or deployment recipes but didn’t ship pre-configured and connected products, such as the Cisco/NetApp FlexPod product. Vblocks were later positioned as more capable and mature than hyperconverged infrastructure.

VCE took off – EMC’s channel happily embraced the chance to cross over from storage into compute. Australian users included Fox Sports, while Telstra offered the packages in as-a-service mode.

Over the years VCE and Vblocks mutated as EMC changed tack, flirted with its own servers and VMware and Cisco each added software-defined networking. But the three-vendor combo persisted even as Dell acquired EMC.

Today, the alliance focuses on a single product – the VxBlock 1000. And also today, Dell announced that the product and its partnership with Cisco will persist.

There’s also a canned quote from Frank Palumbo, Cisco’s senior vice president for global data centre sales to the effect that his employer “is committed to the partnership with Dell EMC and to jointly delivering innovative solutions for our VxBlock customers. By extending this agreement, we are continuing to provide powerful and integrated technologies with Cisco UCS, Nexus and MDS and delivering on our commitment to innovation for VxBlock.”

Dell is extraordinarily pragmatic these days and just does whatever it takes to satisfy customers, even when that means it deals with rivals like Cisco’s UCS business. And while the company has networking ambitions, its products are niche concerns compared to Cisco’s. That situation makes extending the life of its VxBlock alliance sensible, as doing so gives Dell, Cisco and VMware the chance to keep satisfying customers with a model they clearly already like.

And there’s more to come, too: Manca’s announcement advises we all need to “. Watch for additional joint innovation announcements regarding VxBlock 1000 later this year.”

Grow your software revenue by selling these 5 affordable, essential tools for the modern workplace
By Simon Sharwood
Apr 23 2019
11:42AM