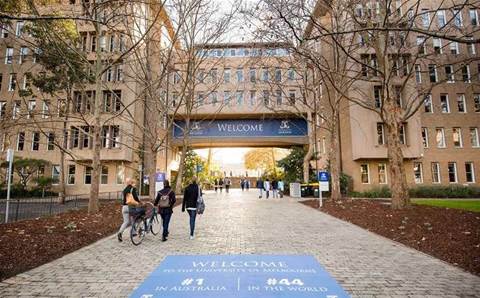 Cisco has deployed 4500 access points across 250 buildings for the University of Melbourne.

The WLAN network runs on the latest 802.11ac standard to accomodate for the growing popularity of BYOD across the university and allow for more connectivity.

The University of Melbourne currently has 55,000 students, expanding to 65,000 in the next year. The wireless network supports students and staff in “one of the world’s largest Cisco Customer Mobile Experiences (CMX) education sector deployments to date”, according to the vendor.

It's not the first major Cisco deal for the university. In 2015, channel partner Amcom, now part of Vocus, deployed Cisco's Hosted Collaboration Solution for 13,000 users at the Uni of Melbourne.

However, this latest wireless deal was done direct, Cisco confirmed.

A million devices a month

University of Melbourne data engineer Simon Wei said: “Installation and configuration of Cisco CMX was easy and well-documented. The analytics and integration capability was tested on over million devices a month inside the university ecosystem.”

The next step for the university will be to use data analytics across the wired and wireless networks to face its next challenges, one of which will be the government's plan to build an underground rail, which will cut its city campus in half.

Jan Dethlefs, the university’s associate director, facilities service standards, said at Cisco Live: “We need to be aware of the time it will take for students to move around the campus. Traffic analysis found that more than 20,000 people cross that road [Grattan Street] everyday.”

Dethlefs said they will use data to study the best solution for this coming issue. Cisco’s CMX allows the university to examine traffic patterns from multiple angles, such as day, time, and location.

Gianni Frigenti, wireless architect at the university, said: “CMX allowed us to gain an insight into traffic activities on campus through the wireless infrastructure and enabled plans to minimise disruptions. To get an accurate footfall snapshot we would have had to spend $15,000 per day on video-based traffic monitoring.”

The university is also using data in order to understand the use of the campus by students when not in class. With the information gathered, it is possible to know which areas are more popular and decide where to invest in infrastructure next.

At last year's Cisco Live, Melbourne university Deakin was revealed as a pilot project for CMX hyperlocation. The university expected that the technology would allow, for example, students to see heat maps of study areas to find the quietest place in the library and let support staff respond to callouts with pinpoint accuracy.

The journalist travelled to Melbourne courtesy of Cisco.