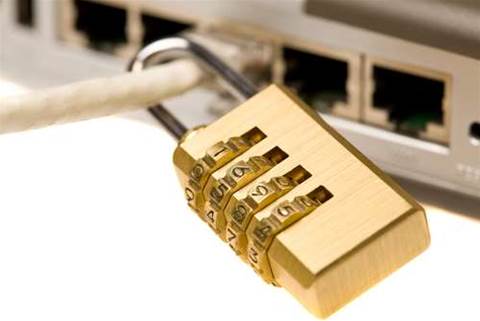 Cisco believes the network is where corporate security begins and ends, and plans to build defenses against hackers and cybercriminals across its portfolio of networking gear.

The common thread that runs through these trends is the network, and Cisco intends to continue building on its $US1.5 billion security business to deliver the technology to protect corporate assets, Young said.

"By all rights, we're one of the world's largest security companies just on a stand-alone basis, but we're also driving security across the entire portfolio and everything that we do," he said.

Cisco's approach to network security is in its SecureX framework that focuses on visibility, context and control across the corporate infrastructure.

Young introduced the ASA CX firewall that enables system administrators to control access to more than 1,000 Internet services, including Facebook, Google+, LinkedIn and Twitter. For example, an employee may be allowed on Facebook but blocked from playing games or watching video.

Other new products included TrustSec 2.1 and the Identity Services Engine (ISE) 1.1. The device sensors are integrated into the network infrastructure via Cisco products to detect and classify all devices attaching to the network. ISE also performs endpoint scans, based on policies, in classifying devices.

Cisco also launched the ASA 5500-X Series midrange security appliances that are deployed at the edge of the network to monitor Internet traffic or threats. The hardware is targeted at midsize companies.

For the foreseeable future, Cisco intends to embed security into each of its network devices, Young said. "The network is going to be about the only place that we can really solve tomorrow's security problems."