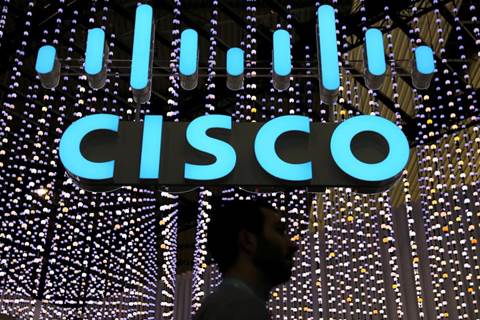 Shares of the network gear maker fell 6.3 percent in extended trading after it said it expects second-quarter revenue to grow 4.5 percent to 6.5 percent year-over-year, compared with Wall Street expectations of about 7.4 percent.

Businesses across the globe are facing an unprecedented semiconductor shortage that has pushed up expenses, hurting companies such as Cisco that use chips in their products.

Cisco chief financial officer Scott Herren told Reuters the company also faces higher transport and logistics costs in its supply chain. Cisco is making progress on pinpointing and resolving component shortages but getting everything to the right place remains a challenge, he said.

"A lot more of the subcomponents are coming via air than would have come traditionally," Herren said. "The port snarls have hit us in a couple of places."

Cisco is working to derive more of its sales from software but still gets most of its revenue from hardware. It expects to see the benefit from hardware price increases that came into effect on September 1 later into its fiscal year, because it is still working through hardware backlogs.

The company said orders grew by 33 percent in the first quarter ended October 30, suggesting strong demand, but supply issues prevented this from translating into revenue right away.

However, the company stood by its fiscal 2022 overall growth target of between 5 and 7 percent, which was in line with analyst expectations of 6 percent, according to Refinitiv data. Herren said a US$15.9 billion backlog of remaining contracts, 60 percent of which are for services and 40 percent of which are for software, provides some stability despite hardware supply chain issues.

"We know what that stream looks like through the end of the year," Herren said of the contracts.

The company said it expects second-quarter profit per share between 80 cents and 82 cents, with the midpoint narrowly missing Refinitiv IBES estimates of 82 cents.

Revenue for the quarter ended October 30 was US$12.9 billion. Analysts on average had expected revenue of US$12.98 billion, according to IBES data.

(Reporting by Chavi Mehta and Mrinalika Roy in Bengaluru and Stephen Nellis in San Francisco; Editing by Vinay Dwivedi and Richard Pullin)