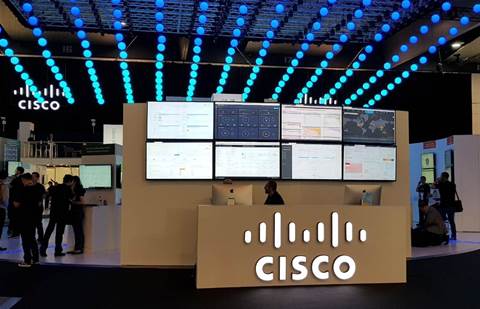 Cisco Australia and New Zealand has explained recent updates to its partner program that saw the partner revenue required to gain access to its direct purchase agreements increased.

As of October, partners seeking to buy stock direct from Cisco, rather than through a distributor, now need to generate US$12 million (A$15.2 million) in Cisco sales per year. The previous target was US$4 million (A$5.1 million).

“The value add that a distributor can provide through configuration and stocking and all those sorts of things has just meant that we're already seeing that big shift,” she said during Cisco Live in Melbourne last week.

“It was just a commercial, practical, global decision that we were going to increase the bar, because that bar was probably set 15 years ago, and obviously the business has grown quite significantly since then.”

Of the local impact, Ridley said that while some of the affected partners had concerns, most were already buying from disties, and just previously had the option to buy from Cisco.

“A couple of them expressed concern, and I had direct conversations with them and explained to them it wasn't going to impact their relationship with Cisco, how we manage them, how we support them, what programs they're entitled to,” she said.

“And sure, they were maybe concerned around the commercial proposition of buying direct from us versus having to give up some margin to buy through a distribution, but the reality is that the distribution market is quite competitive.

“We've got the three disties in Australia, and they actively went out and sought those four partners that came off the direct list and recruited them on and gave them some quite beneficial programs."

Ridley also spoke on rebate structure changes the networking vendor had made in a bid to deliver greater customer success and satisfaction.

“Say [for example] partners would get a $100 for a deal, historically, now they might get a $150, but we'd only pay $50 when they sell the deal. We pay another $50 when they activate the licence, and then they get the bonus $50 when the customer's actually adopted and using the solution,” she said.

“So again, huge shift and it's to help the partners pivot to where we need them to go. That's only been in place six months.”

Cisco Live ran from 5-9 March in Melbourne, during which the vendor talked up its shift to intent-based networking, announced product updates around SD-WAN, spruiked university and training investments and named its top Australian and New Zealand partners for 2017.