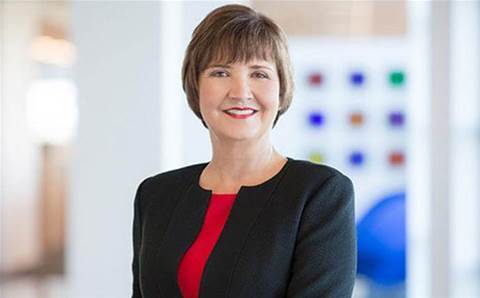 "My decision came down to knowing this is the right time for me personally," Bahr said in an internal email obtained by CRN USA late last week.

"I'm not sure what's next, but I am excited for the next chapter in my career and I will leave knowing the company is firmly positioned for great success."

She will stay on with Cisco until a replacement is hired, a Cisco spokesperson said.

Bahr spent the bulk of her years at Cisco working with solution providers and worked closely for many years with chairman and chief executive Chuck Robbins, who headed the vendor’s North America channel at the time.

In fact, when Robbins moved out of Cisco’s channel organization and stepped in to lead Cisco’s US commercial business in 2008, it was Bahr who succeeded him as North Americas channel chief.

Robbins thanked Bahr on Twitter for her contributions to Cisco.

"Special thanks to [Wendy Bahr] for all of your great contributions to Cisco - we will miss you but we wish you the best in all you do and we will always value our friendship!" he wrote.

Cisco, which has undergone a high-level sales team shakeup in recent months, intends to hire Bahr's replacement before its massive Partner Summit event in mid-November, the spokesperson said.

The announcement of Bahr's resignation also comes only three months after former Americas sales chief Alison Gleeson announced her departure. Gleeson, another veteran of more than 20 years at Cisco, announced in late May that she would step down.

Both Bahr and Gleeson were rumored to have been candidates for the top global sales position after Dedicoat's departure. Cisco in June named 17-year company veteran Jeff Sharritts as Gleeson's replacement.

Cisco execs were not available for comment Friday, but the company issued a statement.

"We respect Wendy's decision to leave Cisco and want to thank her for 18 years of leadership at Cisco, most recently leading our Global Partner Organization. Our partner community is one of our strongest assets and we are committed to their success and helping them evolve with Cisco's transformation."

Mark Haranas contributed to this story