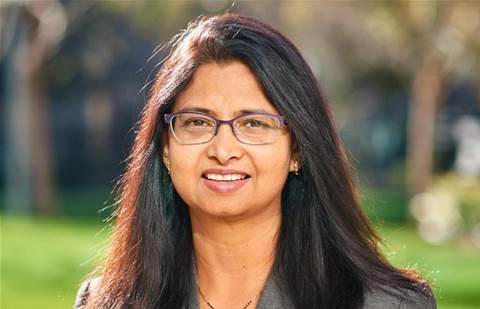 Gee Rittenhouse, Cisco’s security senior vice president for the last five years, is exiting the company, according to a memo sent to employees on Tuesday.

Shankar (pictured) is the first woman to lead the Cisco Security business, which is valued at more than US$3.3 billion, according to the San Jose, Calif.-based company.

Shankar joined Cisco in June. Prior to her short tenure with the company, the longtime security leader spent a collective eight years at McAfee, most recently serving as senior vice president of engineering for the last two and a half years an three years as general manager of mobile and ISP solutions. She also spent more than six years at Intel’s vice president of consumer and mobile engineering for the company’s security business.

“[Shankar] has impressed her peers and the [executive leadership team] alike. Her background in cloud security combined with her deep expertise in building and designing products makes her the perfect leader to take our business to the next level as we transform security industry wide. And transformation starts not only with product, but with culture as well,” Patel said in the memo to employees. “We are thrilled that [Shankar] will be the first woman to run Cisco’s security business, in an industry that needs far more talent like her. I can’t wait to see what the team can accomplish under her leadership.”

Rittenhouse will stay on for several months to help with the transition, Cisco said.