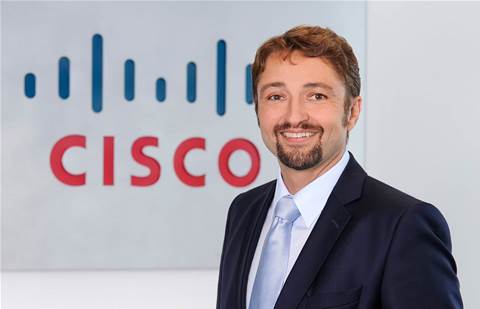 Cisco Systems has named Oliver Tuszik, a former solution provider and the current leader of its fast-growing Germany business, as the new senior vice president of its global partner organisation.

Tuszik is virtually unknown to Cisco's channel partners outside Europe, but has a solid track record of growth over his five years as vice president and general manager of Cisco Germany.

He joined Cisco in 2013 after nearly 10 years as chief executive of Computacenter Germany for UK-based Computacenter, one of Cisco's largest channel partners. He headed Computacenter's networking business before becoming CEO. Tuszik spent several years in leadership roles at General Electric before joining Computacenter.

Tuszik replaces Wendy Bahr, who announced her resignation from the global channel chief role in mid-August

Cisco Germany has enjoyed five years of growth, including two years of double-digit growth, under Tuszik's leadership, according to Cisco. Cisco's Germany business has been named the company's "Theater of the Year" for the past two years.

Tuszik is currently based in Cologne, Germany and will be moving to San Jose for the new role, a spokesperson said.

Bahr, an 18-year Cisco channel veteran had been channel chief since July 2015 when she announced her resignation last month. She'll stay through the company's massive Partner Summit event in mid-November to help ease Tuszik's transition, a Cisco spokesperson said.

Bahr spent the bulk of her years at Cisco working with solution providers. She worked closely for many years with Robbins when he headed the company's North America channel. When Robbins moved out of Cisco's channel organization to lead its U.S. commercial business, Bahr succeeded him as North America channel chief.

Grow your software revenue by selling these 5 affordable, essential tools for the modern workplace
By Matt Brown
Sep 27 2018
6:55AM