Cisco Partner Summit: IT platform approach will make IT ‘faster’ and ’smarter’ 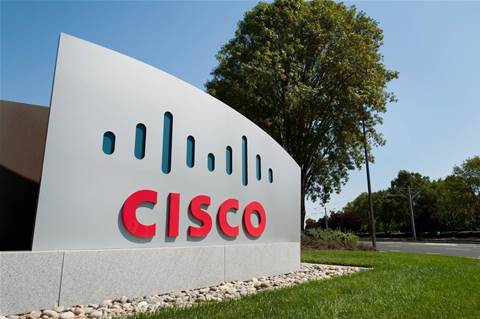 With simplicity and agility top of mind for Cisco Systems, the tech giant unveiled its new IT platform strategy for moving and automating workloads and applications on Wednesday during Cisco Partner Summit Digital 2020.

The new approach will help customers work faster and smarter, especially at a time when resources are scarce and IT requirements have changed overnight, said Prashanth Shenoy, vice president of marketing, Enterprise, Data Centre and Cloud Networking, IoT, and Developer Platform for Cisco.

Specifically, when it comes to the hybrid cloud approach. “We‘re living in challenging environments, especially IT, which is being tasked with driving new projects in a very rapid manner that no one expected three quarters ago,” Shenoy said. ”IT projects are being approved and implemented in weeks, rather than a year and the amount of work that IT has to do to drive that is immense.”

Cisco revealed three new and updated solutions as part of its platform approach, including new features for systems management platform Cisco Intersight, A Cisco Nexus Dashboard, and an updated Cisco Identity Services Engine (ISE). The updates will help businesses that are re-thinking their tooling and IT operations, Shenoy said.

The Cisco Intersight hybrid cloud platform that connects private data Centres to private clouds has been extended to offer an Intersight Kubernetes Service, which will let infrastructure teams automate the lifecycle management of Kubernetes and containerized applications across any environment. It‘s not just developers that need to understand Kubernetes and containers anymore, said Todd Brannon, senior director, data Centre marketing for Cisco.

“We’re seeing Kubernetes and containers go mainstream. It’s not just the DevOps teams that need to be adept -- we’re seeing the core IT teams being tasked with operationalizing these environments and for many, these are relatively new stacks of software,” he said. The new offering will let businesses handle containers as a service in a predictable and consistent way, Brannon said.

“We‘ve set a very ambitious goal for ourselves to build out Intersight as an all-in platform for hybrid IT, because hybrid cloud can be hard, but it doesn’t have to be,” he said.

Over in the data Centre, the new Cisco Nexus Dashboard provides insights and automation to operate multi-cloud data Centre networks, including on-premise, virtual edge and cloud sites. The new dashboard consolidates Cisco‘s portfolio of operational services and critical third-party services to give customers one place to manage application lifecycles, according to the San Jose, Calif.-based company.

The updated Cisco ISE now simplifies secure network access across all domains, extending the zero-trust workplace to anywhere and on anything. Businesses can now use ISE to identify a variety of IoT endpoints to enforce consistent policies from the cloud to give teams the agility and flexibility they need to secure their organizations, Cisco said.

“The focus for Cisco overall is to build these agile platforms for IT to work faster and smarter, and we are building this across every aspect of the infrastructure, including users and applications,” Shenoy said.

The new open platform approach will give Cisco partners the opportunity to layer their own services on top and integrate with third-party technology, Shenoy added. “Since all of these are software platform, it will help [partners] drive that recurring revenue stream and profitably software businesses,” he said.