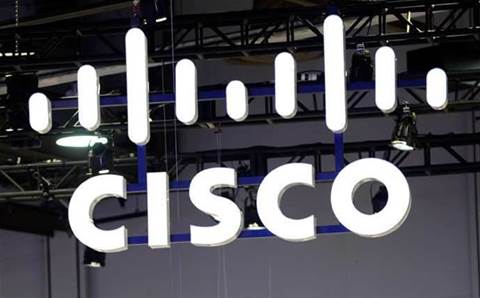 Cisco is putting together an offer to purchase platform security vendor FireEye and expects to present the bid in the coming weeks, according to Spanish news outlet Okdiario.

Sources told Okdiario that the talks between Cisco and FireEye are very advanced and expected to materialise in an offer in the weeks ahead. The Okdiario report comes four months after Business Insider indicated that FireEye had hired Goldman Sachs to advise the company in a sale process that was expected to net a private equity buyer.

Both FireEye and Cisco declined to comment on the acquisition report, while Goldman Sachs didn’t immediately respond to a request for comment. Okdiario also reported that FireEye has hired Goldman Sachs to manage its sale.

The Okdiario report came out early Thursday morning, and was amplified by a Seeking Alpha post on the matter just after 2 p.m. ET Thursday. Okdiario reported that Cisco and FireEye have engaged in a long period of negotiation and are “closer than ever” in their positions, meaning that a formal offer could be presented in the coming weeks.

Sources told Okdiario that a smaller company has also expressed interested in purchasing FireEye, but their efforts are expected to come up short due to Cisco’s size and deep pockets.

This is not the first time Cisco and FireEye have been linked in acquisition reports. In fact, a May 2015 report from Seeking Alpha and Nasdaq that Cisco had put in a US$9 billion bid to purchase FireEye prompted a rare (albeit indirect) denial from the company’s then-CEO John Chambers.

“We don’t comment on acquisitions that haven’t been announced, but I wouldn’t count on the one that you may be hearing about today,” Chambers told investors during a May 2015 earnings call.

More recently, Business Insider reported in October 2019 that private equity firms are believed to be the most likely buyer of FireEye after the company failed to attract the interest of strategic buyers in an earlier process. The talks are in early stages, and there’s no certainty that a deal will be reached, sources told Business Insider at the time.

Earlier this month, Mandia’s longtime right hand man Travis Reese announced his retirement effective 1 March as FireEye tightens its org chart to accelerate execution and drive operational discipline. To replace Reese, FireEye brought in longtime Vertical Communications CEO Peter Bailey as COO to help the company reduce its operational expenditures by US$20 million to US$25 million over the coming year.

FireEye has consistently struggled with turning a profit since going public in 2013. The company recorded a net loss of US$257.4 million, or US$1.24 per diluted share, in its most recent fiscal year, which ended 31 December.

Similarly, FireEye's stock has been stuck trading at under US$20 per share almost consistently since the start of 2016. That's a far cry from FireEye's all-time trading high of more than US$85 per share in February 2014, five months after the company first went public.

FireEye currently has a market cap of US$3.57 billion, well below that of current Wall Street cybersecurity darlings CrowdStrike and Okta, both of which have gone public since 2017 and today each have market caps in excess of US$13 billion.