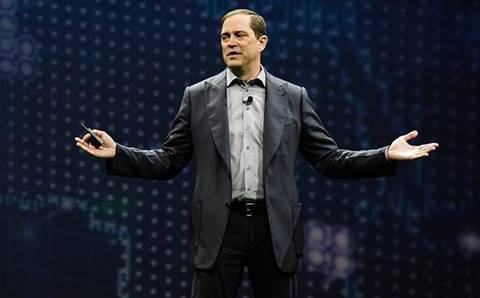 Cisco, which once had great ambitions of competing in the public cloud market against Amazon Web Services (AWS), is officially throwing in the towel on its Intercloud strategy.

The San Jose, California-based networking giant confirmed that it will discontinue its Cisco Intercloud Services (CIS) public cloud in March 2017, according to a statement to CRN USA from Cisco.

"Cisco has internally communicated that we are discontinuing one of our internal cloud platforms and will be transitioning affected workloads onto other platforms," read the statement.

"The cloud market has shifted considerably in the last two years, and many of our customers are asking Cisco to help them develop cloud strategies that will help drive their digital transformations… We do not expect any material customer issues as a result of this transition."

Cisco launched its Intercloud strategy in March 2014, revealing it would invest US$1 billion into in next two years to build its expanded cloud business. Cisco was aiming to become a public cloud behemoth that would drive higher value and margins for partners. At the time Cisco's Intercloud's leader Nick Earle said partners were clamouring for Cisco to get into the public cloud market as an AWS alternative.

"We are now going to provide the partner profitability model for the cloud world that the market has been waiting for," Earle said in 2014. "AWS is a commodity play, which frankly in many cases is commoditising the partners. I think it has been a big concern of the partner community."

AWS is now a US$12 billion public cloud juggernaut that grew its business 55 percent in its most recent quarter to US$3.2 billion in sales.

Several Australian IT providers were held up as marquee Intercloud partners at launch, including Data#3, Infront, Ethan Group, Telstra and Dimension Data.

In a statement to CRN USA, Cisco said the trend toward rapid application development with microservices and the ability to orchestrate workloads across private and public clouds, has led the company to evolve its cloud strategy from federating clouds to helping customers build and manage hybrid IT environments.

"Our cloud strategy centres on building and delivering secure hybrid cloud infrastructure, platforms, and services – with our partners – that offer customers the freedom to choose the best environments and consumption models for their traditional and new cloud-native applications," said Cisco.

At Cisco Partner Summit in November, chief executive Chuck Robbins said: "There is a broad array of cloud-based solutions that our customers are trying to navigate. It's not just about the public cloud. The public cloud is a very important part of it... but there are six or seven different elements relevant to cloud that our customers are trying to deal with, and all of that has to be done in the context of the security discussion. So as we look at our cloud strategy, we actually span all of these areas."