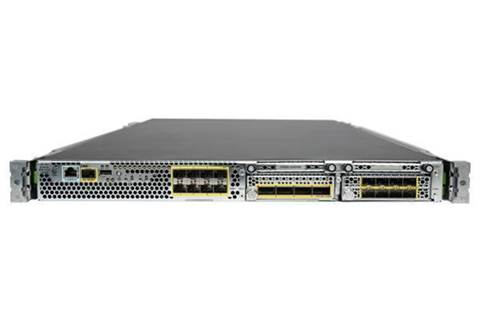 Cisco this week announced end-of-life for the FirePOWER 7000 and 8000 series firewalls, workhorse devices that many-a-partner has enjoyed for years.

Cisco’s announcement set the last day to order product as 10 June 2019. In line with Cisco’s end-of-life policies, the product will be supported for many years to come: hardware failures will be addressed until 9 June 2020, and new support contracts can be signed up until that day too.

5 September 2023 is the last day to buy extended support and 30 June 2024, is the last date to receive applicable service and support for the product as entitled by active service contracts or by warranty terms and conditions.

After that distant day, Cisco advises that “all support services for the product are unavailable, and the product becomes obsolete.”

Channel players need not worry about the imminent demise of a staple product, because Cisco has already released replacements in the form of the form of the FirePOWER 2100 and 4100 series.

The new devices pack a pair of multi-core CPUs and assign threat-detection workloads to different cores as needed, to keep overall throughput steady.

Both are also rather faster than their predecessors, with the 2100 starting at up to 1.9 Gbps across 12 x 1 GE fixed, 4 SFP (1 GE) ports and reaching to 8.5Gbps with more ports available in different configurations. The three 4100-series machines offer 20 Gbps, 40 Gbps and 60 Gbps respectively.

The devices are capable of running as a firewall and Intrusion Prevention System, or just in the latter role if users prefer.

Both can also tap into Cisco’s Talos threat awareness service, to keep themselves updated as emerging threats are detected.

This combination of device and services reflects Cisco’s general direction, as does a recent update to FTD - the devices' OS - that added "multi-instance capability for Firepower 4100 and 9300 allows enterprises with multiple departments to completely isolate their management and traffic planes from one another through strict hardware resource reservation.

Customers can now deploy multiple logical devices, each with a Firepower Threat Defense instance in a Docker container, on a single security module."