Cisco revenue up thanks to bumper sales of Catalyst 9000 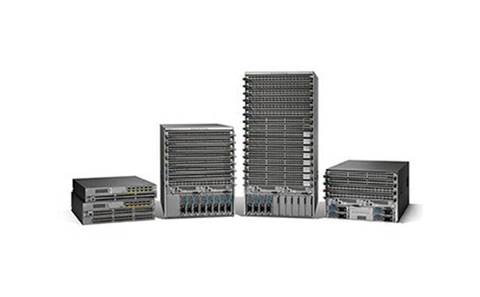 Steady product revenue growth, which led to a solid uptick in recurring revenue, is pointing the way for a good future for Cisco, company executives said.

However, Cisco shares fell 4 percent after dour current-quarter forecasts indicated that the transition to a software-focused business remained a work in progress.

This represents steady progress in moving to a software-based and recurring revenue-based model, said Chuck Robbins, Cisco chairman and CEO, in his prepared remarks.

"We are executing well against the strategy we put in place three years ago," Robbins said. "Our innovation pipeline has never been stronger. And we continue to transform our business to reflect the ways customers want to consume our technology… We also made steady progress in shifting more of our business towards software and subscriptions."

Customers are in general consuming services from multiple cloud and technology providers, forcing them to managed increasingly complex IT infrastructures, Robbins said. "We have been evolving our portfolio to address this complexity," he said.

The need for simplicity is helping drive different parts of the Cisco portfolio including its ACI software-defined networking, its Cisco UCS servers, and its HyperFlex hyper-converged infrastructure offerings, Robbins said.

Sales to Cisco's Americas customers rose 4 percent over last year, compared to a 6 percent rise to EMEA (Europe, Middle East, and Africa) and a 3 percent rise in the Asia Pacific, Japan, and China region.

Enterprise sales rose 11 percent over last year, compared to a 2 percent rise in public sector sales and a 7 percent rise in commercial sales, tempered by a 4 percent fall in sales to service providers.

On the infrastructure side, revenue grew across the board, with the exception of router products, which saw a decline.

Going forward, Cisco's infrastructure business will be driven in part by sales of its Catalyst 9000 family of switches, which Robbins called the fastest-ramping product in the company's history. The company during the third quarter had more than 5800 customers using the Catalyst 9000, up from 3100 customers in its second fiscal quarter.

"We're really pleased with the acceptance of this product," he said. "We added 2700 customers in the quarter. If you think about it, that's over 40 new customers per day."

When asked by an analyst whether the addition of 40 new customers daily is a very relevant number given Cisco's large customer base, Robbins said the company has about 140,000 customers, giving it a strong base for future growth as the Catalyst 9000 replaces older Catalyst 3000 and Catalyst 4000 switches.

The Catalyst 9000 has a long future ahead, and will drive a big portfolio of related products and services because customers do not upgrade because it is a cool switch, Robbins said. "It's because they're buying into this portfolio over a long time," he said.

Kelly Kramer, executive vice president and chief financial officer, said that Cisco's recurring revenue at 32 percent of total revenue, while up over all in dollar terms, was down slightly from the 33 percent figure in the second fiscal quarter of 2018 despite the recent software vendor acquisitions.

The AppDynamics acquisition has been in the numbers for some time, while the BroadSoft acquisition included a mix of recurring and non-recurring revenue, Kramer said.

Looking forward, Cisco expects revenue in its fourth fiscal 2018 quarter to grow between 4 percent and 6 percent over the fourth fiscal 2017 quarter. The company is also guiding for GAAP earnings per share from 55 cents to 60 cents per share, or from 68 cents to 70 cents per share on a non-GAAP basis. The outlook was generally within expectations, according to Daniel Ives, head of technology research at GBH Insights.