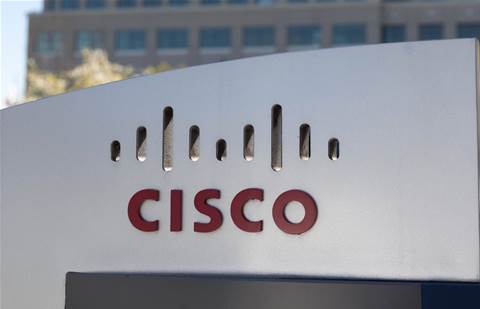 Cisco is extending its flagship SD-WAN service into Google Cloud Platform and the two companies are creating a first of its kind multi-cloud fabric, Cisco and Google revealed on Tuesday.

The two tech giants have unveiled Cisco SD-WAN Hub with Google Cloud, an offering that will integrate Cisco's SD-WAN technology into multi-cloud workloads so that networking policies extended to wherever the application is located.

"Our customers have been using [SD-WAN] to connect branch sites, the campus, and remote users, to the applications that could be located in different public clouds, but until now, a lot of those capabilities have stopped at the cloud edge," Sachin Gupta, senior vice president of product management for Cisco's Enterprise Networking business, told CRN USA. "What's been missing is a way to extend the policy layer into the cloud."

The automated Cisco SD-WAN Hub with Google Cloud service will let IT extend their networking policies and connectivity into Google Cloud, which will be treated just like a premise-based environment, Gupta said. The customer's user or latency settings can also be extended to cloud applications, he said.

The offering will help businesses -- as well as MSPs -- ensure service-level agreement (SLA) settings and security and compliance policies are extended to applications in Google Cloud Platform (GCP), Gupta said.

"Through this data exchange that [Cisco and Google] have, we can ensure that the most optimized path is followed and an optimized experience is delivered, without compromising on security," he said.

The solution is built on Cisco's SD-WAN offering that's powered by its 2017 Viptela acquisition.

Cisco SD-WAN Hub with Google Cloud will be key for enterprises, the majority of which are either considering or have already deployed a multi-cloud strategy, said Shailesh Shukla, vice president of product management for GCP Networking.

Maintaining application performance, policy and security across all cloud and premise-based environments has been a challenge for both business IT teams and channel partners managing their clients' IT environments, Shukla said.

"We think this is going to be a game-changer for enterprises operating in a hybrid, multi-cloud environment because its unique in the industry," he said. "It's a true end-to-end SD-WAN solution."

Cisco and Google Cloud will be inviting select customers to participate in previews of Cisco SD-WAN Hub with Google Cloud toward the end of 2020. General availability is planned for the first half of 2021, the companies said.

The latest solution builds on Cisco and Google's previous relationship. Google Cloud named Cisco one of its launch partners of its Anthos platform in 2019; its hybrid cloud platform that extends application delivery and management capabilities into the corporate data center and also across rival public clouds. Other partners included Dell EMC, Hewlett Packard Enterprise, Intel, Lenovo and VMware.

"[Cisco and Google] share a very similar vision of empowering enterprises to taking a much more open approach to infrastructure and the management of critical applications," Google's Shukla said.

Grabbing the hybrid cloud opportunity with Lenovo and Azure Services
By Gina Narcisi
Apr 22 2020
6:35AM