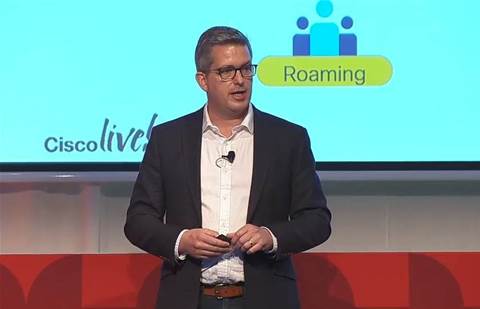 John Maynard, Cisco’s vice president of global security specialists, is leaving the company after three years for another opportunity.

“After three years leading the fantastic Global Security Sales team at Cisco, it is time for me to move on to my next challenge. Security at Cisco has never been in a better place and I am thankful to all our employees, customers and partners helping us drive to get there. I move onto my own personal next phase with very fond memories, friends and colleagues,” Maynard said in a LinkedIn post Monday.

A Cisco spokesperson said, “We thank [Maynard] for his tremendous contributions to Cisco and wish him all the best in the next chapter of his career.”

Maynard most recently led Cisco’s Global Security Sales Organization (GSSO) at Cisco across the Americas, as well as EMEAR, promoting email, cloud and endpoint security, as well as security software as a service, analytics and security operations. Maynard helped with the integration of Duo Security, which Cisco acquired in 2018 for US$2.35 billion.

Prior to his appointment with Cisco, Maynard served as COO and vice president of cybersecurity for DXC Technology for nine months. Before that, he held several positions at Hewlett Packard Enterprise, most recently having served as vice president, information security and COO for more than four years.

Meanwhile, several longtime Cisco executives last month took to LinkedIn to share the news that they had taken the company up on the early retirement program it began in October. Longtime Cisco channel leader Steve Benvenuto, former senior director, global security partner sales for Cisco, was among the executives that accepted an early retirement package from the tech giant last month, ending his 21-year tenure with Cisco.