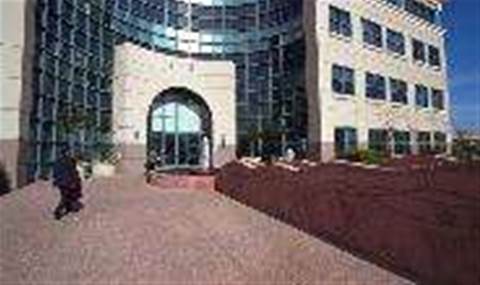 Cisco closed out its fiscal 2012 strong, beating analyst estimates for both sales and profit in its fourth quarter thanks to better-than-expected gains in the U.S., emerging markets and the service provider segment.

For its fiscal fourth quarter, Cisco posted $US11.7 billion in revenue, up 4.4 percent from the year-ago quarter's $US11.2 billion. Cisco reported $US1.9 billion in quarterly profit, up nearly 56 percent from fourth-quarter 2011's $US1.2 billion. Both numbers were just above analyst estimates.

The Asia Pacific was one of Cisco's best performing regions for the fourth quarter, up 9 percent along with Japan and China, while the US was up 7 percent and the EMEA region fell 5 percent.

Chambers said Cisco would continue to emphasise its core markets of switching, routing, wireless and security, and build up its other major priorities around collaboration, video, data centre and business architectures.

Market trends, such as customers transitioning from 1 gigabit to 10 gigabit throughput speeds in data networking, are in line with where Cisco is placing bets, Chambers said, and Cisco is also seeing growth in its security profile -- particularly high-end firewalls and its Identity Services Engine (ISE) -- and its Unified Computing System (UCS) data center play, among other specific areas benefiting from those market trends.

"We are not just catching, we are very often driving and leading these transitions," said Chambers, who described Cisco's market share in its key markets as "the best I can remember."

Discussion of Cisco's headcount has largely centered on the more than 13,000 employees it parted with over the past year, and the recent declaration that Cisco would cut an additional 1,300 people. But according to Cisco, it added another 1,400 in headcount during the fourth quarter -- more than half in emerging markets -- and will be ending the year with 66,639 employees.

Cisco will also continue to emphasise its partnerships, and Chambers called out data centre, virtualisation and software partnerships with Citrix, Microsoft, EMC and NetApp among the highlights. VCE, Cisco's contentious joint venture with EMC for developing Vblock converged infrastructure, saw order growth of about 50 percent during the quarter and is having "very strong" traction, Chambers said.

During the earnings call, Cisco was asked several times about the emerging software-defined networking (SDN). Chambers argued Cisco has set the pace for virtualisation's role in the network.

"We saw virtualisation coming early," he said, citing Cisco's 2009 introduction of the Nexus 1000V switch. "Our view [of SDN] is that you're looking at multiple years out in terms of impact one way or the other."

"We think the future is going to be hardware and software combined," added Chambers, who also proclaimed faith in Cisco's relationship with VMware despite VMware's potentially competitive $US1.2 billion acquisition of SDN player Nicira. "Our goal is to lead this evolution along with our partners."

Among other product highlights and lowlights during the quarter, Cisco saw an 8 percent decline in collaboration, which Chambers attributed to decreased spending on video telepresence largely in public sector and European markets. On the flipside, however, Cisco Jabber -- the company's platform for embedding UC functions onto various devices and operating systems -- has gained what Chambers called "significant traction," and has seen an increase of 55 percent in licensing volume.

Another major highlight for Cisco during its fiscal 2012 was its expanding services portfolio. Smart Services, around which Cisco launched a sweeping new partner program at this year's Cisco Partner Summit, grew orders 240 percent during the year.

For its fiscal first quarter 2013, Cisco projected revenue growth to be 2 percent to 4 percent, excluding any potential benefit from its recent $US5 billion acquisition of U.K. media software powerhouse NDS. Cisco CFO Frank Calderoni said that NDS is expected to be a $US200 million revenue contributor, and with NDS counted, Cisco will grow 4 to 6 percent year over year in Q1 FY 13.

Cisco noted continued improvements in the Americas and Asia Pacific, Japan and China segments, though kept to a grim forecast for Europe -- which "is going to get worse before it gets better," Chambers noted -- and the federal government.