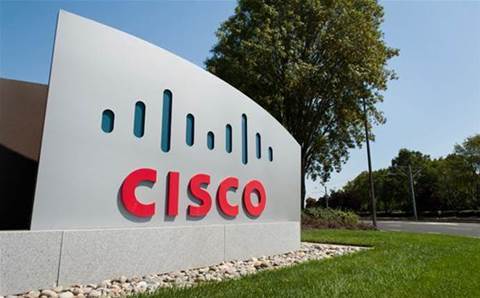 Financial terms of the deal are not being disclosed.

Many Internet of Things and most OT devices weren't designed with security in mind, a problem that businesses are running into as they deploy and attempt to scale their IoT use cases. Sentryo’s Industrial IoT/OT offerings help companies, specifically those in the energy, manufacturing, oil and gas, and transportation sectors, have greater visibility into all their connected endpoints and protect against cybersecurity attacks, Cisco said.

Combined, Cisco’s intent-based networking approach with Sentryo’s technologies will let end users more easily manage networks and devices at scale, boost collaboration across IT and OT departments, and better protect their assets and data, said Rob Salvagno, vice president of global corporate development for Cisco, in a blog post on the deal.

OT devices, especially endpoints such as programmable logic controllers used to control a process such as oil refining or the work involved in a manufacturing line, and remote terminal units outside the building in a remote area need to be segmented so that these devices can communicate to the right systems while reducing the risk of cybersecurity incidents like WannaCry, said Liz Centoni, Cisco's senior vice president and general manager for IoT, in a blog post. Not only will the deal help customers with visibility, but it will help them handle segmentation and operations, Centoni said.

"With organisations digitising, connecting formerly siloed systems and pushing for greater business intelligence, the need to do so in a secure way is more important than ever. With this acquisition we’re delivering the most secure network — from the networking hardware, to the operating software, and now to securing the operations critical to your success," she said.

The IT and OT buying centers are converging, said Nirav Sheth, vice president, worldwide partner architectures and presales engineering in Cisco’s Global Partner Organization, in an email to CRN USA.

"The acquisition of Sentryo will allow our partners to bring more visibility to OT assets, create new services opportunity by securing them, and deliver a unified management platform via Cisco DNA Center. Building on their expertise in intent-based networking, our IoT strategy opens the door for Cisco partners to expand into operational technology environments, such as oil and gas, utilities and manufacturing," Sheth said.

Cisco and Sentryo have worked together before. The two companies integrated Sentryo’s Edge Sensor and Cisco's industrial networking hardware within Cisco’s IOx application framework. "With the addition of Sentryo, Cisco can offer control systems engineers deeper visibility into assets to optimize, detect anomalies and secure their networks," Salvagno said.

Cisco said that it expects the deal to close before the end of Cisco’s first-quarter fiscal year 2020, which is on 26 October, after it receives regularity approval in France and the US. Cisco said it is looking forward to welcoming the Sentryo team, which consists of 34 employees.

Cisco in 2016 completed its acquisition of Jasper, a privately held company, for its cloud-based IoT service platform that customers can use to launch, manage and monetise IoT services.

Grabbing the hybrid cloud opportunity with Lenovo and Azure Services
By Gina Narcisi
Jun 7 2019
6:24AM