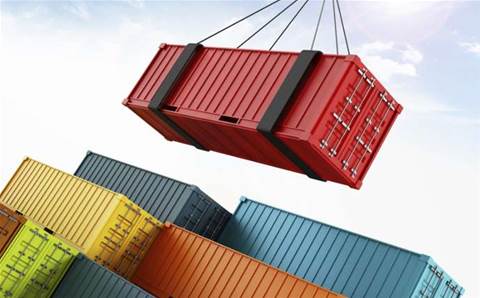 Cisco Systems is giving its DevOps and container management a security boost.

The tech giant is buying Portshift, a startup that focuses on application security for cloud-native development environments, including Kubernetes, the tech giant revealed on Thursday.

The companies didn‘t disclose financial details, but a report in Globes cited "market sources" valuing the deal at US$100 million.

Cisco did not confirm the price tag when reached by CRN.

Israel-based Portshift has a Kubernetes-native security platform that will help Cisco secure a bigger portion of the lifecycle of cloud applications and workloads. The company‘s technology helps DevOps, security and operations teams continuously secure the containerized applications from the time they are created until they are ready to run.

Businesses today need to move faster, which is, in turn, creating a need to address security earlier in the application development lifecycle​, said Liz Centoni, Cisco senior vice president of strategy, emerging technologies and Incubation in a blog post about the deal.

”Today, the application security space is highly fragmented with many vendors addressing only part of the problem. The Portshift team is building capabilities that span a large portion of the lifecycle of the cloud-native application.

"They bring cloud native application security capabilities and expertise for containers and service meshes for Kubernetes environments to Cisco, which will allow us to move toward the delivery of security for all phases of the application development​ lifecycle.”

Portshift, which got its start in 2018, has raised about US$5.3 million in seed funding from the Team8 cybersecurity foundry. The company is led by CEO Ran Ilany, former head of the security infrastructure division for Check Point Technologies.

The two companies expect the acquisition close during the first half of Cisco’s 2021 fiscal year and the Portshift team will join Cisco’s emerging technologies and Incubation group, Cisco said.