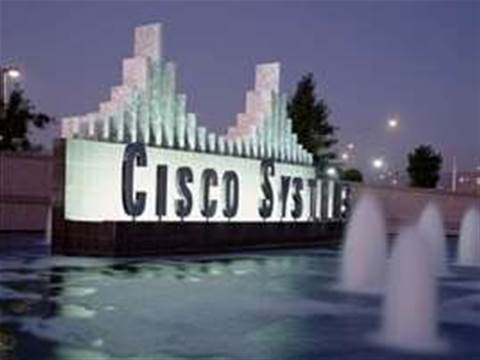 Rob Lloyd, Cisco's hard-charging global sales chief, says that the message to Cisco's sales force and its channel base is that after a year of seismic change at Cisco, it's time to double down on the areas where it has momentum and be even more aggressive as a competitor to the likes of HP, Microsoft and Huawei while continuing to simplify how it does business with partners.

Lloyd, Cisco's executive vice president of worldwide operations, and Cisco's top sales leaders recently addressed more than 20,000 Cisco employees as part of GSX, a virtual sales conference through which Cisco attempts to set strategy for its legions of salespeople at the start of the new fiscal year.

This year's installment included breakouts for Cisco's three geographies -- Americas, EMEA and Asia Pacific Japan and China (APJC) -- keynotes from Cisco CEO John Chambers and Lloyd, and a number of technology-specific sessions focused on both enterprise and service provider priorities, as well as other executive presentations that included people like Bruce Klein, Cisco's new senior vice president of its Worldwide Partner Organisation.

"The feedback was very good," Lloyd said of the GSX presentations in an exclusive interview with CRN. "This last year has seen a lot of progress, and [Cisco] is coming back to the top of its game."

Last year, Cisco kicked off a painful corporate restructuring process that's seen it part ways with more than 15,000 employees thanks to early retirement packages, layoffs and asset sales. At the same time, Lloyd's sales apparatus was rearranged from nine theaters into three geographies, and in the ensuing months, a number of well-known Cisco executives departed or were reassigned.

One was Klein, who succeeded Keith Goodwin in August as Cisco's global channel chief. Another was Jim Sherriff, the former Americas sales channel chief who now reports directly to Lloyd in a newly created role running the sales aspect of the Accelerated Cisco Transformation (ACT) project, a companywide Cisco effort to prepare the company's operations, sales strategy and product portfolio for the coming years.

That was all part of the early phase of a simplification effort that's going to take several years, Lloyd said. Part of that will be a process Lloyd likened to "cleaning out the Cisco closet."

In the next year, Cisco will work ensure that its processes and procedures are as streamlined as possible, its messaging and value proposition are as clearly stated in as many areas as possible and its various resources -- everything from company white papers to its galaxy of incentive programs -- are simplified so they can be executed a lot more rapidly.

A lot of the work has happened already. The enabling of more decision makers with "yes" power has, in the past year, given Cisco a 50 percent improvement in the speed at which deals are approved, Cisco’s Lloyd said. And, Cisco has exited or pared-back its investment in underperforming product areas, such as its decisions this year to end development on its Cius Android tablet and, more recently, its Layer 4-7 load balancing products.

Overall, said Lloyd, Cisco salespeople will see the simplification effort manifest in a new curriculum for training various Cisco sales stakeholders, from SEs to AMs and managers, complete with training roadmaps and a clearer understanding of Cisco's priorities and how to sell behind them.

"My sales force has told me, there's so much stuff, we can't really tell what's important," Lloyd said. "So let's completely restructure how we provide content, training, videos and how they talk to the business decision makers."

Lloyd denies that Cisco's now-dismantled system of councils and boards -- a much-criticised approach to corporate governance that stalled decision-making and created silos within its various product lines and go-to-market teams -- contributed to that complexity. It's simply something Cisco has to do better to move faster, he said.

"This is about let's have our team focus on the gold-star stuff, and build that into the portfolio, so quite frankly, it's not a result of that," he said. "You've got to clean out the closet. We have to do a better job of content management and providing it over multiple platforms. This is very much about cleaning up."

Cisco partners will see the results in the bolstering of Cisco's various channel programs, as well as stronger marketing initiatives and more Cisco partner outreach, such as in first-time events like the data center-specific channel conference it is hosting in San Jose at the end of September.

During GSX, Cisco's Lloyd laid out five priorities for the company's sales force, and by extension, how that sales force will support Cisco's thousands of solution providers. First, said Lloyd, Cisco's commercial business -- how it defines SMB and midmarket enterprise customers -- is its fastest-growing market segment, and its channel effort there is buoyed by the partner-L\led initiative it began last year.

Second, Lloyd said Cisco's never been more relevant in service provider environments, where it has taken market share from Juniper and other vendors and also staked out a better position in hot areas like carrier Wi-Fi.

Third, emerging countries are an area where Cisco continues to invest and win, he said -- particularly in Brazil and Mexico -- and fourth, Cisco will focus even more intently on "transformational customers," including Cisco's so-called Global Enterprise Theater (GET) accounts, referring to its top 30 customers.

Cisco's final goal, Lloyd said, is to have clear execution around its cloud strategy, crystallised in the Cisco Cloud Channel Programs it already has and the broader opportunity to bring cloud into each of its major practice areas, from collaboration and unified communications to virtualizing the data center.

Cisco has identified "growth accelerators" as collaboration, data centre, security and mobility, Lloyd said. Another goal will be to drive high-touch partner conversations around each of those areas, and Cisco will also be more aggressive about incenting salespeople to knock down deals in the areas of software, cloud and strategic endpoints, including video. Lloyd's organisation will pay out quarterly sales "accelerators" -- essentially, performance-based bonuses -- for salespeople that do that.

And, don't expect Cisco to back down from its recently more aggressive competitive posturing.

"Some of our competitors are struggling. We're seeing a lot of the HP partners become increasingly frustrated," Lloyd said. "Cisco provides choice, and [partners] have to be able to put these things in a non-emotional box."