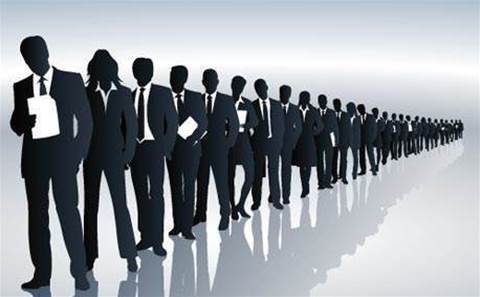 Cisco has revealed plans to cut 1100 jobs as part of a restructuring plan as the networking giant reported that its revenue for the current quarter would be about 6 percent lower than previously anticipated.

The networking giant said those cuts would come in addition to last year's 5500 layoffs announced in August.

Cisco gave a weaker-than-expected guidance for its current fiscal fourth quarter, predicting revenues to decline between four to six percent. Chief executive Chuck Robbins said the change was due to a sales decline in its service provider and public sector businesses.

"We have been facing headwinds all quarter long with service provider and emerging markets, we saw them get worse this quarter. I'm expecting that to continue," said Cisco chief financial officer Kelly Kramer. "Then we saw some new kind of macro issues in areas like public sector and the US federal space."

However, Robbins said recurring revenue represented 31 percent of Cisco's total revenue, up from 29 percent one year ago, while software and subscriptions revenues grew 57 percent.

"When we think about the strategy that we're deploying, the 57 percent growth in the software and subscription business – if you go back eight quarters ago we had US$2 billion on our balance sheet relative to software and subscription," said Robbins. "Now we've more than doubled that to US$4.4 billion, and the growth there is accelerating. We're very pleased with that transition."

After its earnings report had been released, Cisco stock fell more than 8 percent in after-hours trading to US$31.08 per share.

Robbins said he's "pleased with the progress" Cisco made during the quarter. "This transition will take time, but we are remaking this company to succeed in a dramatically changing marketplace," he said.

Neither Robbins and Kramer mention anything regarding the 1100 layoffs or the expanded restructuring plan during the earnings call.

"In May 2017, we extended the restructuring plan to include an additional 1100 employees with US$150 million of estimated additional pre-tax charges," said Cisco in its 10-K filing with the United States Security and Exchange Commission.

Cisco's slightly beat Wall Street expectations for its third fiscal quarter, reporting revenues of US$11.9 billion, down 0.5 percent year over year, at 60 cents per share. Overall, Cisco's quarterly sales were a mixed bag in regards to market segments.

Similar to previous Cisco quarters, the company's shining star was security, which grew 9 percent to US$527 million. Cisco has reported double-digit growth in security for five consecutive quarters.

"[Our security growth] reflexes our combination of best-of-breed solutions together with the industry's broadest security portfolio and a highly effected end-to-end security architecture," said Robbins. "We continued to lead in network security."

Cisco saw nearly 40 percent growth in deferred security revenues and added 6000 new firewall customers during the quarter, bringing the total customer base to over 73,000, according to Robbins.

Its switching products segment rose 2 percent to US$3.49 billion, while routing declined 2 percent from last year to US$2.03 billion.

Cisco's collaboration business dropped four percent to US$1.02 billion compared to the same quarter one year ago, while its data centre also declined 5 percent to US$767 million.

"Collaboration was down four percent … the drivers were primarily a declined in unified communications endpoints, partially offset by continuing growth in WebEx," said Kramer.

The company's highest growing market segment was wireless, which jumped 13 percent annually to US$703 million.

Cisco's net income for the quarter increased 7 percent to US$2.5 billion, compared to US$2.3 billion one year ago.

Robbins ended the earnings call by saying he was "optimistic" about where Cisco is heading over the next three to five years.

"We set out 18 months ago to transition the business to one of more software and subscription. At the time, it was US$2 billion on our balance sheet, today we've more than doubled that – up 57 percent this quarter to US$4.4 billion and accelerating," said Robbins. "That is working, and we'll continue to shift more and more of our offers in that space."

Cisco's fourth fiscal earnings report will be on August 16.