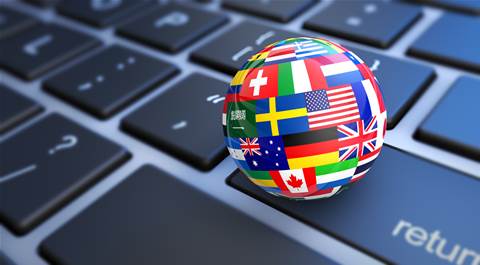 Cisco Webex is breaking down more barriers to remote communication -- this time, language barriers -- with the addition of real-time language translation in more than 100 languages on its popular collaboration platform, the tech giant revealed on Tuesday.

“We want the three billion [Webex] users, regardless of where they are -- what geography, language preference they have, socioeconomic level they might be in, and the kind of computer efficiency -- we should be able to give them a level playing field,” Patel said in a meeting with reporters ahead of the news.

Cisco last went on a Webex innovation blitz in the wake of the global COVID-19 pandemic forcing many employees around the globe to work from home. The company in December revealed what it had been working on, including more than 35 new capabilities and features for Webex meetings, calling, and messaging, as well as three new Webex devices for workers.

The latest enhancements to the Webex portfolio build on the features Cisco demoed for the first time in December, including background noise cancellation and speech enhancement, Patel said.

Cisco is upping its language library from more than ten, to 108 languages, Patel said. Today, users can select from common languages such as Arabic, Dutch, French, German, Japanese, Mandarin, and Spanish, as well as more localized languages such as Danish, Hindi, Malay, Turkish and Vietnamese, the company said.

Patel said that the new feature is based on technology that Cisco acquired from AI-based meeting and voice specialist Voicea, which became part of Cisco in 2019.

The expanded real-time translation feature will let businesses bring on the best talent, regardless of their native language, or more easily work with business partners or end clients, Patel said. Nearly one-quarter, or 24 percent of meetings include non-English native speakers and of these, more than half have been using third-party services to translate meetings into other languages, according to research firm Metrigy.

“Think about what that is doing for the world. You can make the world a more even playing field when anyone can speak any language and can build a tight bond and relationship,” Patel said. ”We think this is going to fundamentally create equal opportunities for people around the world.”

The latest translation feature is now available in Webex as a preview and will be generally available to users in May, according to the San Jose, Calif.-based company.

Because it’s built on machine-learning and AI, the real-time translation feature will continue to improve over time as it hears more voices and accents. Cisco’s goal is to get to “near or at human accuracy,” Patel added. ”The more people use it, the better it gets, and this is just the beginning.”