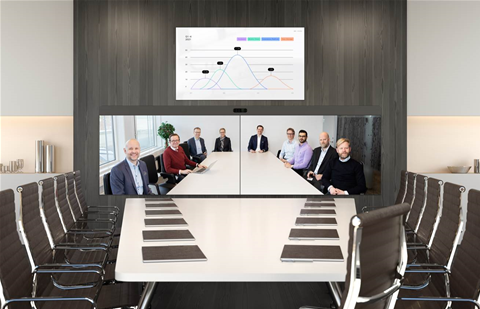 Cisco is continuing its recent acquisition spree with plans to acquire Socio Labs, an events technology startup based in Indiana.

The deal will boost Webex’s events capabilities around live streaming, sponsorship, participant networking and advanced analytics, and continuous attendee engagement before, during and after events, according to Cisco.

The tech giant has been aggressively building out the Webex platform, a sought-after collaboration tool that has risen in popularity over the last 15 months as a result of the global COVID-19 pandemic. Cisco has added more than 400 features to Webex in less than a year and has closed three acquisitions for technology that’s been added to the Webex portfolio.

Privately-held Socio Labs offers an event technology platform that gives meeting organizers the tools to host in-person, virtual or hybrid events of any size and format, according to the Indianapolis-based company. Socio Labs said its customers include Google, Microsoft, PepsiCo and Hyundai.

The two companies did not disclose financial terms of the deal.

Once combined, Socio Labs will bolster Cisco Webex Events beyond meetings, webinars and webcasts to also include large-scale, multi-session hybrid events and conferences. The soon-to-be-added technology will enable live streaming, sponsorship, networking and advanced analytics, as well as continuous engagement before, during and after events, the two companies said.

Socio’s technology will strengthen Webex’s existing features, such as like polling, Q&A, chat and real-time translation.

“The future of events, like the future of work, will be hybrid,” said Jeetu Patel, senior vice president and general manager of Cisco Security and Applications group, which houses the Webex division. “With that comes increased complexity of creating inclusive experiences, and meaningful and measurable interactions for both virtual and in-person attendees. Socio Labs offers Webex powerful technology to provide customers with an unparalleled hybrid event management solution to engage participants whether they join in person or virtually.”

Cisco in September acquired noise removal technology provider BabbleLabs for an undisclosed sum and added its assets to the Webex platform in October. In February, the tech giant became the owner of contact center-as-a-service provider IMImobile PLC. for about $730 million.

Cisco earlier this month announced that it closed its acquisition of audience interaction technology specialist Slido, a purchase that will give Webex the ability to measure enthusiasm and let users and meeting host receive immediate feedback, understand audience sentiment, and engage more with fellow meeting participants in real-time. Cisco’s planned Socio purchase will complement its Slido acquisition, according to San Jose, Calif.-based Cisco.

The Socio acquisition is expected to close during Cisco‘s fourth fiscal quarter of 2021.