Cisco’s Chuck Robbins: ‘We’re going through the most significant business model transition with our partners’ 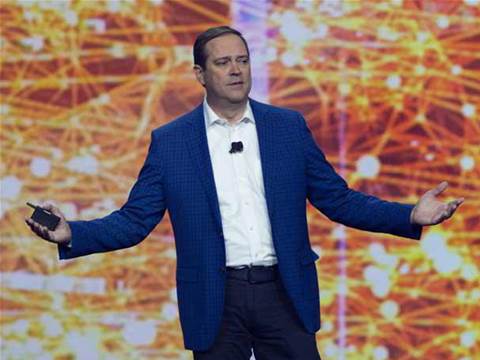 Cisco Systems is in the midst of its biggest business model transition in the company’s history with a goal of pulling in half of its revenue from subscriptions by 2025.

The San Jose, Calif.-based tech giant believes that a software approach will help the company and its partners innovate more quickly, solve issues and reach outcomes faster for customers. But the shift--which is less about technology and more about business models--has to be done methodically and along with its massive global channel, Cisco CEO Chuck Robbins said Tuesday.

“We went through a lot of technology transitions and now we’re going through the most significant business model transition with our partners that we’ve ever had. If we get it right, it’s better for both our business models--[it provides] more predictability. But we have to get it right, because it’s complicated to figure all that out,“ Robbins said. ”One thing I’ve told the team all along is I don’t know what the solution is, but the answer is we have to do it with our partner community, and that’s just the way it is.”

During Cisco’s recently completed fiscal 2021, 31 percent of its revenue came from software, and subscriptions accounted for 79 percent of software revenue.

Building the right sales compensation models associated with desired customer behavior, in this case, a move to software, has been a challenge for Cisco, according to Robbins. It’s something that plagues partners, too, as they go through their own transformations, he said.

Cisco has been working to change its own financial models and has put in place new financing programs based on software revenue. The company also addressed software deals that landed on the balance sheet of some partners to remove that risk, Robbins said.

“I would say [partners] really have to build a model that that takes all those things into consideration,” he said. “I can’t speak to what that looks like for each [partner]. But I know for a fact that it was pretty complicated for us.”

One way that Cisco has been help partners build new models is through Cisco Plus, the company’s as-a-service strategy. Cisco Plus, unveiled in 2019, is helping Cisco deliver on its promise to transition the majority of its portfolio to as a service over time. Right now, there are two Cisco Plus offerings: Networking as a Service (NaaS) and hybrid cloud. The strategy is giving customers the flexible, consumption-based IT solutions they have been asking for--especially throughout the pandemic.

There are more than 2,000 managed services being delivered by partners on Cisco’s technology today, Robbins said.

“The partner guys have been doing this all along, we’re just going to try to make it easier,” he said. “The big thing we want to do is give our customers flexibility [and] embrace some of these options available.”