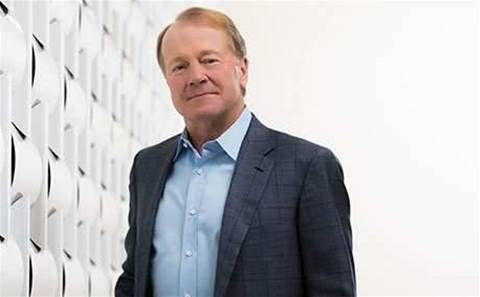 Chuck Robbins, a 17-year veteran of Cisco Systems, has been named the next chief executive as 20-year leader John Chambers steps down from the role.

Chambers, 65, will officially pass the torch on 26 July. On the same day, he will take the role of executive chairman and will continue to serve as chairman of the board.

It marks the end of one of the most successful captaincies in tech. When Chambers joined Cisco in 1991, the company was turning over US$70 million. It was generating revenue of US$1.2 billion when was appointed chief executive in 1995, and has grown to US$47.1 billion of revenue over the two decades under his stewardship.

Chambers' reign has seen the company move beyond its core networking market and into the data centre, collaboration and, most recently, cloud.

Robbins, 49, has served the vendor since 1997, rising through the ranks to his current role as senior vice president of worldwide operations, leading the company’s global sales and partner team.

In announcing his promotion, Cisco praised Robbins as a key architect in the company's channel program, which generates more than US$40 billion of revenue. He also drove two of its most successful acquisitions, wi-fi vendor Meraki and security provider Sourcefire.

Chambers called Robbins "a champion of the Cisco culture".

"We've selected a very strong leader at a time when Cisco is in a very strong position. Today’s pace of change is exponential. Every company, city and country is becoming digital, navigating disruptive markets, and Cisco’s role in the digital transformation has never been more important.

"Our next CEO needs to thrive in a highly dynamic environment, to be capable of accelerating what is working very well for Cisco, and disrupting what needs to change.

"Chuck’s vision, strategy and execution track record is exactly what Cisco needs as we enter our next chapter, which I am confident will be even more impactful and exciting than our last," added Chambers.

The news comes just days after Cisco ran its partner conference in Montreal, where the vendor announced its reinvention as a software company, its growing security footprint and more solutions in the cloud space.

Chambers has had one of the longest unbroken tenures of any of the tech giants. During his 20 years as chief executive, rival HP has been through five CEOs and two interim CEOs, while IBM and Microsoft have both had three leaders. Oracle co-founder and long-time chief executive Larry Ellison stepped down from the role last year after a staggering 37 years in the charge.

Create your business scorecard
By Steven Kiernan
May 5 2015
5:52AM