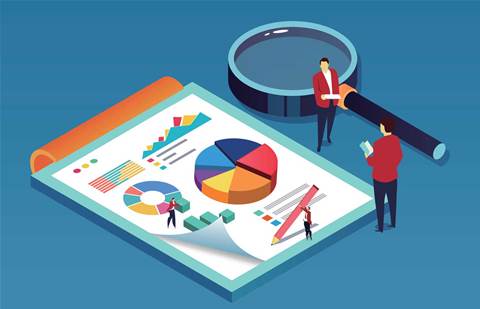 Citadel Group says it is geared up for stronger growth, new clients and more acquisitions in the year ahead, after growing revenue 12.7 percent in the first half of the financial year.

“We are well positioned to continue our growth trajectory with all major contracts locked in for FY18 and with confidence in the outlook for FY19 renewals,” Citadel Group chief executive Darren Stanley said.

Citadel Group’s share price took a dip following the announcement, falling to $6.65 per share at the time of writing, down from $7.19 at the weekend close.

“Delays in signing government contracts in the first half and our experience with spending patterns which are biased towards the latter half of the financial year, give us confidence in a stronger second half,” Stanley said.

The company last month announced it had signed $62 million in renewals and new contracts during its first financial half year.

Stanley said the company had initiated long-term contracts with clients such as the Queensland Department of Transport, Melbourne City Council and Deakin University.

“We are moving more than 17,000 new users over to our cloud-based Citadel Information Exchange and also have more than 4000 customers using Evolution, our laboratory information system, following recent successful implementations in Austin, Peter MacCallum and Melbourne Health Hospitals,” Stanley added.

The company said it would continue to pursue acquisition opportunities, with the stated goal of adding new IP or clients to support the company’s offering of “scalable information management solutions into complex environments”.

In September last year, Citadel bought Brisbane-based e-health system supplier Charm Health for $8.2 million, which Stanley said has now successfully been integrated. The purchase followed the company’s $17.5 million acquisition of Kapish in May 2016.