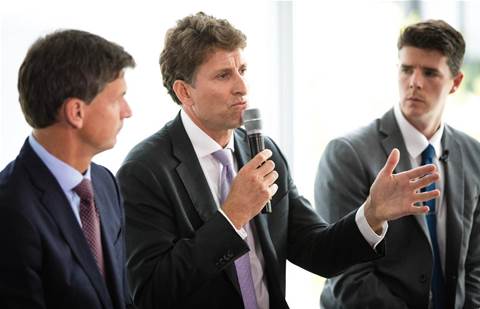 Citadel Group is the first Australian Microsoft partner to show off an upcoming application that takes advantage of the hyperscale cloud provider’s accreditation to host highly sensitive ‘protected’ government data.

The Canberra-based MSP unveiled Keep Us Safe on Tuesday, an application running on the new Azure Australia Central cloud.

The application allows users to call emergency services or event managers and report details in case of a crisis or accident. Users can generate real-time video and audio data along with location and other telemetry information to be used by the customer. Users can also opt in to provide other relevant personal information that could be used in a medical emergency.

Keep Us Safe analyses the data to generate real-time intelligence about a particular situation or area, and can consolidate information to create a heat map for incidents,

Citadel wouldn’t say which particular customers were interested in the application but said it was designing a proof of concept for a number of possible use cases and had already outlined plans for use in international transport, universities, hospitals, city councils and security businesses.

“From a national security perspective, you see something, you’re in a bad situation, you hear an explosion. Even if you can’t tell if it was actually an explosion or just a car backfiring, you’re able to take and submit your recording.

“Now emergency services can see what people are seeing, hear what people are hearing and understand whether it’s a single incident or co-ordinated attack. Instead of three separate incidents being called in separately and treated individually, the in-built analytics of this platform determines that there are three incidents reported within two kilometres of each other which are atypical and may be a coordinated attack. Traditionally that sort of insight may take hours to develop – this app makes it seamless.”

The application was revealed in Canberra during the announcement that Microsoft had become the first hyperscale public cloud provider to achieve the Australian Signals Directorate’s ‘protected’ level certification. This allows Microsoft and its partners to host highly sensitive government data in Azure and Office 365.

“The opportunity to leverage Azure and work with Citadel on this world-first application is a great privilege for Microsoft and a clear signal that our investment in Azure Australia Central will have huge national impact.”