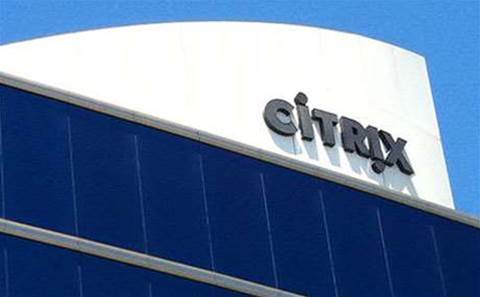 Citrix is working with Hewlett Packard Enterprise and Atlantis Computing to develop new hyper-converged infrastructure appliances that automate the deployment, updating, and management of virtual desktops and applications.

The company also unveiled an expansion of its partnership with Microsoft that allows clients to gain remote access to their applications and run Windows 10-based virtual desktop images via the Azure cloud.

The moves, unveiled Monday at the opening of the annual Citrix Summit conference, are aimed at making it much easier for channel partners to bring virtual desktop infrastructure solutions to clients, said Calvin Hsu, vice president of product marketing for the virtualisation technology developer.

"We realised last year that if we did just a little more work, we could make the integration of hyper-converged infrastructure and VDI easier," he said. "Think of it as being as easy to use as iCloud. Whenever someone connects their iPhone to iCloud, several features automatically work."

The new joint solution combines an HPE Edgeline server, the Atlantis USX virtual workspace infrastructure from Atlantis Computing, and a Citrix agent that connects the appliance to the Citrix Cloud, Hsu said.

The Citrix Ready HCI Workspace Appliance Program enables hyper-converged appliances from hardware and storage partners to connect to Citrix Cloud to automate the setup and maintenance of XenApp and XenDesktop, he said.

"The Citrix cloud is not an infrastructure-as-a-service offering," he said. "Our cloud service works on Azure to act as the management plane for XenDesktop and XenApp."

The integrated solution is based on Citrix XenServer server virtualisation technology, which offers a couple of advantages over VDI technology from rival VMware, Hsu said.

These include not having to pay additional fees for the infrastructure, particularly to VMware, Hsu said. "And we've optimized XenServer for XenDesktop with GPU support, performance caching, and high availability," he said.

Citrix's relationship with Atlantis Computing stretches back to October when the two unveiled a relationship to integrate their services to provide VDI automation, said Patrick Brennan, senior product marketing manager for Atlantis.

"This new solution simplifies virtual workspace deployments," Brennan told CRN USA. "Complexity and budget constraints have been the biggest hurdle to this market. By combining our software with the appliance, we reduce cost and increase simplicity to make it easier for SMBs to implement."

The new hyper-converged infrastructure solution will be built by HPE and available to HPE channel partners, said Bob Davis, Atlantis' chief marketing officer. Atlantis channel partners can also get the appliance via their distributors even if they do not have an HPE relationship, Davis told CRN USA.

Atlantis has meet-in-the-channel relationships for its hyper-converged infrastructure technology with a wide range of vendors, including HPE, Dell, Cisco, Lenovo and Supermicro, as well as an OEM relationship with Dell, Davis said.

However, he said, it is too early to say whether Atlantis will work with Citrix to automate VDI deployment on other partners besides HPE. "Our focus now in on the purpose-built HPE solution," he said.

Citrix is also using Citrix Summit to expand its relationship with the Azure cloud with the introduction of two new solutions.

The second is XenDesktop Essentials, which lets customers run their Windows 10-based images in a full virtual desktop infrastructure environment, he said.

Channel partners can use them to also increase their services capabilities, Hsu said.

"The applications are easy to buy through the Azure marketplace," he said. "But customers need help managing their environments, looking at what should run on-premises and what should run in the cloud. These are high-value services."