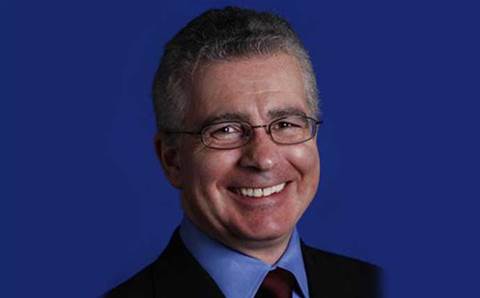 It's difficult enough to take over the top job of an enterprise IT company during a period of rapid technological disruption, but Kirill Tataranov faced unique headwinds when he came to Citrix Systems roughly one year ago. At the time, the virtualisation vendor was preparing to execute its oft-delayed entrance into the cloud market while navigating the tumult of an activist investor making demands for major transformation of the business. The company's direction and future prospects were anything but certain.

A lot has changed since then, Tatarinov told CRN USA during the Citrix Summit partner conference in Anaheim, Calif. Citrix has made the hard decisions needed to right the ship, refocused its messaging and is ready to start winning against the competition with the help of its channel partners, the CEO said.

You've been at Citrix almost a year now after coming to the company at a very tumultuous moment in its history. Was that difficult?

It was a very tough time for the company. The company was in the midst of massive restructuring. A lot of costs were being cut. A lot of strategic decisions were being made. But at the same time, the focus was being introduced. And many of the hard decisions, hard changes, were actually made before I arrived.

Our chairman, Robert Calderoni, stepped in as interim CEO and he stayed on from early October 2015 until the time I arrived. In that short time, he was able to do a lot that made my life tremendously easy. So I essentially came in with a mission to rebuild. And there were lots of amazing things I discovered.

What did you see back then as the most immediate challenge?

The company needed to be brought together. It was very clear that there was just way too much fragmentation in the past, and through the year we went through a very significant transformation, both cultural and organisational, to bring the company together.

One of the core values that we introduced is actually unity just to ensure that our people are constantly reminded that working together as one between different product areas is critically important for success.

Another element of culture that needed tweaking, Citrix was always viewed as the nice guy of the high-tech industry. These tremendous cultural elements of integrity, respect, trust, compassion is what made Citrix, Citrix. And that's why Citrix is so universally loved by every constituency.

But that legacy was a double-edged sword to a certain degree. I think at times Citrix became too nice. Very early on we discovered we needed to add an edge.

What does it mean to be too nice?

Don't compete. Walk away from compete situations. Don't respond when being attacked. Don't enforce the position. Don't require people to report on usage of the licenses. Too many situations where it's just not the type of behavior that makes businesses successful. And we needed to adjust it. So we introduced cultural elements of courage. Be bold, be aggressive when needed, be much more competitive.

I would say my first six months, the majority of my time, was spent on Citrix culture. The best thing that I found during that time was that everyone was hungry for success. It almost felt like the company felt starved for winning again.

The big story before you came in was the involvement of Elliott Management, an activist investor. Did that discourage you?

I'm reading everything, and then I find the Elliott letter that was published by that time and I read the letter and I think I could have written that letter myself based on what I just read on the public websites and all the information that the company supplied to me. It was an eye-opening moment.

That to a certain degree made me more interested to pursue the opportunity than not. Of course, stepping into a situation where there's activist investors, there are many folks in the industry who would strongly advise against it, but that was a case where it felt very positive to me. And during the discussions I had with the board, I met with Elliott folks more than once. Those were great discussions.

Another thing I discovered when I stepped in was that the board and the company were well on their way to implementing roughly a similar set of changes that Elliott thought were necessary. To the point that (Elliott founder) Paul Singer, when he spoke to The Wall Street Journal, called Citrix their biggest success.

What have you come to appreciate about Citrix in this first year as CEO?

I had known Citrix for a long time. The first trip I ever took from Houston to Fort Lauderdale was in the late '90s. I was at BMC at the time and I knew Citrix as a model for running channel at scale, and BMC at that time was 100 percent direct so as a BMC executive I was coming to Citrix to learn to run channel.

So I followed Citrix on and off, but then when the call came in the fall of 2015 and I started relearning the company I found lots of things that really surprised me.

I think the first realisation as I was doing due diligence and then even more as I joined is that there's a whole lot more to Citrix than the world knows about. And that the story of Citrix really needed to be articulated with a much louder voice and with much more precision.

What did the world need to know about Citrix?

Was the marketing emphasis at that time on the GoTo product line misguided?

It was unhelpful. There was so much effort that the company had to spend explaining why GoTo and the rest of it fit together. And as I was learning the company a little over a year ago and reading white paper from white paper and watching video from video, I thought, this does not make sense.

Why do you keep on explaining it and pulling it together? They just don't belong.

So the decision to put it outside of Citrix that was made before I joined was incredibly helpful. It helped us to refocus the company dramatically. That refocusing helped us drive stronger top-line results, not just bottom-line results, because our people just didn't have to waste energy on that explanation, dealing with that.

Did the shift away from emphasising, and eventual spin-off, of the GoTo portfolio have implications for the channel?

The channel was confused. The energy was diverted. And there were a few smaller pieces like that that just didn't fit, predominantly coming from some past acquisitions. And a lot of this was sold out and a lot of it was shut down and again, largely, all of that was done before I arrived.

When I arrived, the number one job, as I saw it, was to define the framework for Citrix, define what our purpose is, what's our mission, what's our strategy with clarity. And then take a deep look at Citrix culture and see what we need to do there.

How do you communicate those cultural values to partners?

As far as I'm concerned, channel is an expansion of the team. One advantage I have is I joined Citrix coming from a business that was as dependent on the partner channel as Citrix has been over the years. Microsoft Dynamics was essentially a 100 percent partner business. That experience working with a broad global channel helped me tremendously.

At this event (Citrix Summit 2017), I've spent as much time talking about culture with partners as I have with my employees. It's just part of the narrative; they need to live our values. They represent us every time they face a customer.