City of Sydney to join suit against Telstra over payphone ads 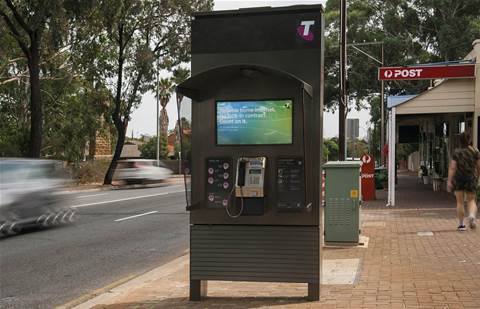 The City of Sydney has joined its Melbourne counterpart in taking court action against Telstra over its plans to deploy advertisements on its public payphones.

The council filed an application to join the proceedings filed by Telstra last month against the City of Melbourne.

“We have been exploring our legal options since becoming aware that Telstra intended to install or upgrade payphones with integrated advertising displays throughout the City of Sydney using its powers under the Telecommunications Act 1997,” a City of Sydney spokesperson said.

“We continue to dispute that Telstra is entitled to install or upgrade these payphones with large advertising panels using these powers.”

The spokesperson added the new payphones are not intended solely as a content and carriage service and that the proposed ads would increase clutter on Sydney’s footpaths.

The council is also questioning the need to add more payphones when Telstra already removed a number of them, citing lack of use.

“These actions by Telstra would reduce our control of footpaths and public spaces and reduce our ability to ensure that the design and location of these enlarged payphones doesn’t negatively impact pedestrians or businesses,” the spokesperson added.

“We understand that several other local government areas around Australia share our concerns about these payphones, which we understand Telstra is proposing to roll out nationwide.”

"We don’t oppose the City of Sydney joining the proceedings as we look for certainty and one judgement that applies across Australia," the spokesperson said.

Telstra revealed plans to update its 16,000 public payphones in March this year, by offering more digital services like wi-fi and USB connectivity. The telco partnered with advertising firm JCDecaux.

In the same month, the City of Melbourne council refused 81 applications for planning permits to display ads on public payphones across central Melbourne. Telstra then filed a lawsuit against the council in May.

The City of Sydney also started to move against the telco in April when councillors sought help from various politicians and regulators to support their view that Telstra’s plans are not exempt from council control.