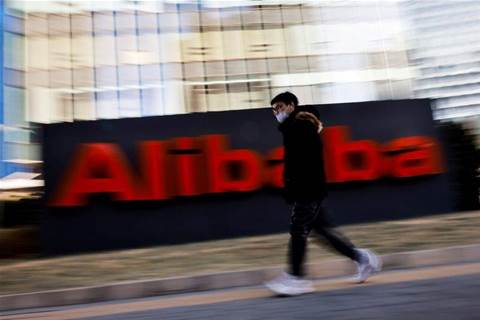 The company's cloud division posted earnings of 16.12 billion yuan (A$3.2 billion) and recorded a positive EBITA for the first time.

Alibaba's e-commerce business benefited from a switch to online shopping triggered by the coronavirus pandemic.

The results come as China clamps down on company founder Jack Ma's business empire, having forced the suspension of a US$37 billion IPO for financial affiliate Ant Group.

Core commerce revenue from its main e-commerce sites rose 38 percent to a record high of 195.54 billion yuan, powered by the company's Chinese operations as the economy rebounded from the COVID-19 crisis.

Alibaba also said it was "unable to complete a fair assessment" of the impact that Ant's stalled IPO will have on the company.

Authorities suspended the planned offering after Ma made public remarks criticizing the company's financial regulators in November. In December, regulators launched a separate investigation into Alibaba over alleged monopolistic practices.

Hans Chung, analyst at KeyBanc Capital Markets, wrote that the tight scrutiny from regulators was a continuing source of concern, though he thoughts the risks would be manageable.