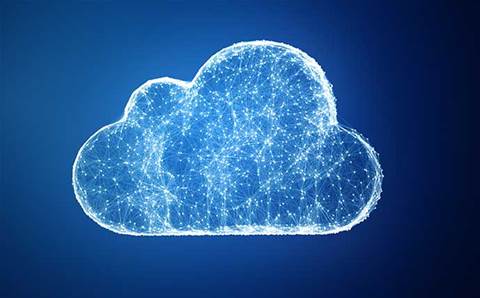 If recent earnings reports from cloud giants left the impression that the cloud infrastructure market was cooling down, a deeper dive into those financials provided Friday by Synergy Research should correct that misinterpretation.

While some top providers, most notably AWS, saw slight deceleration in year-over-year expansion, that's to be expected in a market that's achieved massive scale—infrastructure-as-a-service, platform-as-a-service and hosted private cloud earned US$23 billion in second-quarter revenue, according to Synergy's tabulations.

The absolute dollar expansion in Q2 of those offerings was the second highest on record as the industry closed in on US$100 billion run rate, Synergy's chief analyst, John Dinsdale, said in his latest report.

The overall market expanded by US$1.6 billion sequentially from Q1 as it slightly tacked down to 39 percent in year-over-year growth.

"In line with expectations this growth rate is nudging down each quarter, reflecting the increasingly massive scale of the market," Dinsdale said.

Amazon's growth of 39 percent, at pace with the larger market, maintained its whopping 33 percent market share.

But Microsoft grew faster, and its Azure cloud is now close to half the size of AWS, with 16 percent share (In early 2016, Microsoft's cloud infrastructure business wasn't even a quarter the size of Amazon's).

"One dollar in every two that is spent on cloud services is ending up in the bank accounts of either Amazon or Microsoft," Dinsdale said.

Google Cloud grew faster than AWS as well, and controls six percent of the market. Chinese upstarts Alibaba and Tencent also outpaced the industry as a whole, and they now hold 5 and 2 percent respective shares.

Despite the faster growth of those four hyper-scale rivals, AWS is still a larger business than all of theirs combined, Dinsdale said.

Removing hosted private cloud from the analysis, IaaS and PaaS grew by 42 percent in Q2.

"When quarterly spend on cloud services is mapped out for the last twelve quarters, we are pretty much looking at a steep, straight line growth profile," Dinsdale noted.