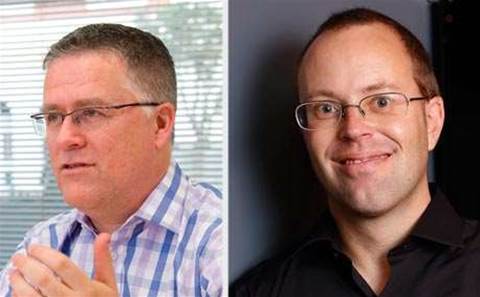 Australian partners of major public cloud providers have told CRN that the dramatic falls in price, such as last week's major Google Drive price cut, will push more users toward cloud – and away from on-premise storage.

Last week, Google dramatically dropped its prices for Drive, its consumer-skewed cloud storage offering. The same trends are apparent for enterprise infrastructure-as-a service (IaaS); last November, Microsoft announced it was cutting prices for Azure to make it "significantly lower than AWS's prices on commodity services like compute, storage and bandwidth".

Where price cuts elsewhere in the channel can mean reduced margins, in IaaS, margins on "products" are already miniscule - and services rule.

Don McLean, country manager for Fronde, a Google Premier Partner, told CRN: "The impact on us of the price of Drive [falling] is almost negligible because where we are adding value and making money is the services."

He added that price reduction was gloomy news for hardware sellers. "It just reinforces their day is over."

Regular price reductions are good news for a company like Bulletproof, which was named the first premier consulting partner of Amazon Web Services in Australia.

Mark Randall, Bulletproof's chief customer officer, told CRN: "As the price comes down, demand goes up and as demand goes up, the more the demand for assistance and migration services goes up.

"If you are relying on reselling storage hardware, these are all signs you should think about a new business model but if you have only realised that now you are probably in trouble."

He added: "The traditional infrastructure guys are getting squeezed because they are used to selling high-priced SAN storage but now customers are saying, 'I will get cheap commodity cloud storage and take advantage of those lower price points'."

"For integrators who have embraced the public cloud and figured out how to monetise it, [price reductions] are a good thing. The customer has more money to spend on other things or is spending less money on those commodities.

"We make a little bit of margin on the product but not something I would lose sleep over. I don't think anyone in their right mind would build a model trying to make margin on a commodity product.

"If my business model was putting margin on hardware and software and other cloud services and hoping for a good outcome, I would be losing sleep," added Sone.

He told CRN that even though many customers were buying cloud solutions direct from the vendor, more cloud sales meant more opportunities for companies such as his to add value.

"[Even if] the customer is buying cheap stuff themselves, it is still creating momentum and energy in the industry.

"There will be people who it is bad for – who are the dinosaurs," added Francis.