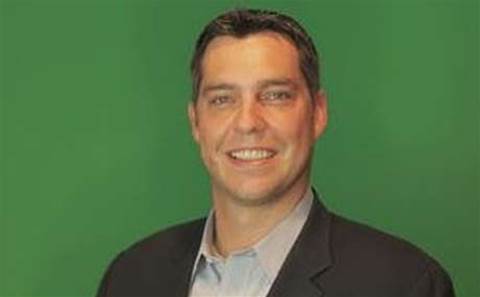 Cloud security vendor Centrify has unveiled a new tier aimed at MSPs and executives say the SaaS-based identity management company is increasingly turning to system integrators and skilled security consultancies to establish a broader customer base.

Centrify got its start in privileged identity management with on-premise, data centre deployments in 2004 aimed at making Access Directory more friendly with Linux and Unix server environments. It has gotten attention for being early with SaaS-based authentication capabilities.

Centrify North American channel chief Nathan Adams said the new MSP tier provides an MSP-friendly pricing model for partners who want to use the technology internally to on-board and provide the single sign-on and other identity services to their clients.

CRN has enquired with Centrify's Australian arm about local impact of the new global program, but had not received a response at the time of writing.

Adams, who left Blue Coat Systems in 2013 to build Centrify's channel program, said partners are having success with the Active DIrectory-based authentication, access control and role-based privilege management for enterprises, and the SaaS-based platform for single sign-on.

The company is seeing increased competition in recent years with SaaS-based authentication platforms from Okta, OneLogin, Ping Identity, CA and others.

Another group of cloud security vendors address data loss prevention, encryption and threat detection and include Ciphercloud, Skyhigh Networks and security startup Elastica, which is launching its platform with a 100 percent channel strategy. Elastica said this week that it inked a reseller deal twith Accuvant.

A survey of nearly 150 security chiefs issued by IBM last November found that IT budgets were shifting to address cloud security issues by investing in data protection, monitoring and managed security services.

Companies are assessing how to extend authentication and privilege management to mobile workers and gain control and visibility of data stored in cloud-based services, solution providers say.

Centrify is partnering with AVG to address small and midsize businesses with its SaaS-based identity management software. The Centrify MSP program is aimed at partners with clients in the upper midmarket and has a different cost structure that addresses on-boarding new tenants on-the-fly and co-term maintenance agreements, Adams said.

“From a cost and revenue standpoint, this is a winner for MSPs,” Adams said. “A lot of them have these hosted portals for their customers and it’s a really big differentiator to use our technology for authorisation of specific cloud applications and on-premise applications as well.”

MSPs that qualify must agree to a joint business and marketing plan, pass a quarterly partner review and have Centrify deployed internally. MSPs must maintain two certified sales and two certified engineers.

In addition to SaaS-based single sign-on for Office 365 and other cloud-based applications, Centify’s capabilities include multifactor authentication, user provisioning, mobile security, and controlled access to on-premise applications such as SharePoint.

Centrify does sales and training through its partner portal. The company has been focusing on building quality partners - identity specialists and systems integrators - that take the time to become experts in the technology, Adams said. There is a lot of room for growth, with organisations trying to streamline authorisation and control identities across SaaS and on-premises applications.

Adams told CRN US that over the next year SaaS-based identity management vendors will increasingly focus on mobility, and managing internal devices that connect to cloud applications.

“We see our wins being most successful around being able to encompass the entire enterprise,” Adams said. “Our partners are increasingly able to pull all the critical players into a room and help them understand the technology and the business value that it brings.”

7 steps to MSP success: from pricing to specialisation
By Robert Westervelt
Jan 19 2015
9:59AM